The Heyman Hustle Presents Your Official Guide For Fedor vs Henderson 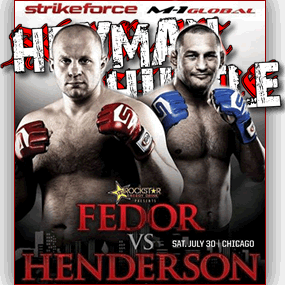 Two Legends Collide as The Zuffa-Owned StrikeForce Promotion Presents A One-Time Only Battle!

When Fedor Emelianenko and Dan Henderson collide on Showtime this weekend for the Zuffa-owned StrikeForce promotion, one person watching the catchweight clash of the legends will be doing so under the impression “The Last Emporer” is in a lose-lose situation.

In a wide-ranging interview posted on SPORTS ILLUSTRATED’S WEB SITE, White stated “I’m not out to hurt Fedor or hurt any fighter … People ask me my opinion, I give you my opinion on what I think about a fighter. I’m in the fight business and I think that I know a little bit about the fight business. I’ve been in it since I was 19 …  I thought the Fedor hype was ridiculous … If I’ve got to still give Fedor his digs, my dig would be, ‘Dude, you’re fighting a 185-pounder.’ Henderson’s got a great chin, he’s durable, he’s got good wrestling, he can stay out of submissions, and all the great things I can say about Henderson, but Henderson weighs 185 pounds … So I actually think this fight, as far as Fedor is concerned, it’s a lose-lose for him. If he knocks out Dan Henderson, he knocks out a 185-pounder. If he gets knocked out, he just got knocked out by a 185-pounder.”

“Strikeforce: Fedor vs. Henderson” takes place this Saturday inside the Sears Centre in Hoffman Estates, Illinois, with the live cablecast on Showtime starting at 10:00 PM Eastern Time / 9:00 PM local in Chicago.

Of course, we’re HustleTweeting about Fedor vs Henderson, and you’re more than welcome to join the conversation by following the Hustle on Twitter HERE or write to us directly at hustleoncrave@gmail.com 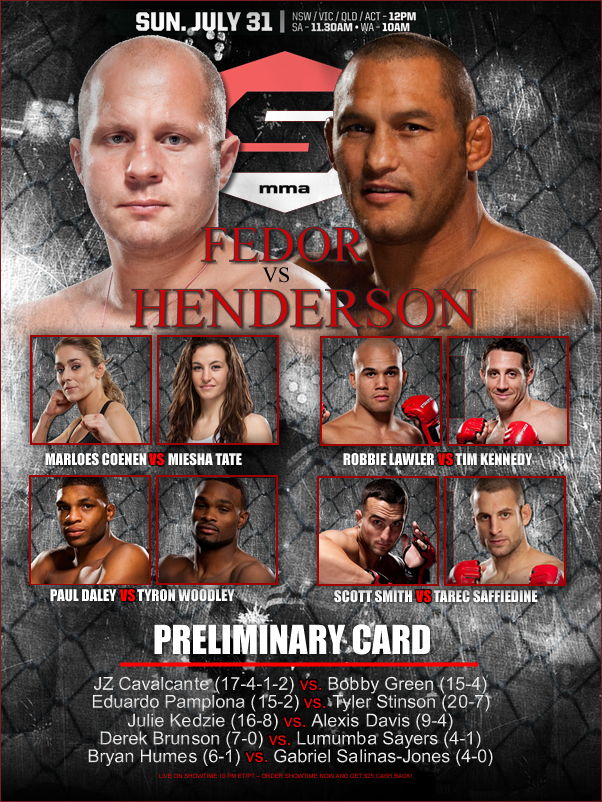