Floyd Mayweather Changes His Mind ... No Rematch For Pacquiao 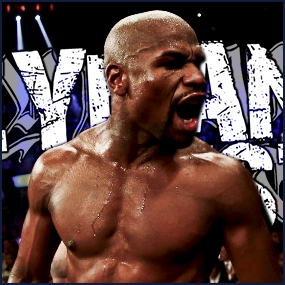 … calls Pacquiao “a sore loser” and a “coward!”

Changing his mind on a statement made last week, when he said RETIREMENT CAN WAIT, LET’S DO THE REMATCH! Boxing’s Pound For Pound King Floyd Mayweather went back his position that his next fight, in September of this year, will be his last, and there will be no rematch with Manny Pacquiao.

In an interview on Showtime, Mayweather said the reversal comes “because (Pacquaio is) a sore loser and he’s a coward.”  When Jim Gray asked Mayweather if he thought Pacquiao was hampered by the right shoulder injury that later required surgery, Mayweather exclaimed, ”Absolutely not … Excuses, excuses, excuses!”

”He lost,” Mayweather said. ”He knows he lost. I lost a lot of respect for him after all of this …. If you lost, accept the loss and say, ‘Mayweather, you were the better fighter.”’

Of course, we’re HustleTweeting about Floyd Mayweather,  and you’re more than welcome to join the conversation by following The Heyman Hustle on Twitter HERE! You can also post your thoughts on our Facebook page HERE!  If you feel compelled to write us, please do so at HustleOnCrave (at) Gmail.com