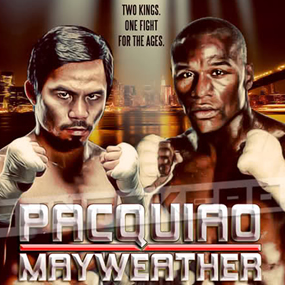 Floyd “Money” Mayweather took the time to articulately discuss his business reasons for not being all that excited about a boxing match against long time fantasy fight rival Manny Pacquiao, as the Pound4Pound King of Boxing sat down with reporters during a multi-city press tour in South Africa. This has been quite the media opportunity for Mayweather, as he also made headlines by giving an ETA on his retirement fight. Mayweather told guests at a gala dinner on Friday that he is targeting”September 2015″ as the month of his final boxing match.

The unbeaten five-division World Champion noted that after beating Canelo Alvarez in a dominating display last September, that he had four fights and two years left in his career. Mayweather’s next bout will be in May against an undecided opponent, having said this week that British fighter Amir Khan and Argentine Marcos Maidana are the leading contenders.

Mayweather, who made his debut in 1996,  has a 45-0 record with 26 knockouts. Of course, we’re HustleTweeting about Floyd Mayweather‘s retirement talk, and you’re more than welcome to join the conversation by following THE HEYMAN HUSTLE on Twitter HERE or write to us directly at hustleoncrave@gmail.com  Hey, have you checked out the Hustle’s Ultra High Quality You Tube Channel, with exclusive videos featuring OUR WORLD EXCLUSIVE WITH MIKE TYSON … BROCK LESNAR’S “HERE COMES THE PAIN” … ICE-T AND COCO’s SEX SECRETS … TEEN SENSATION TAYLOR MOMSEN … UFC BAD BOY NICK DIAZ … THE WALKING RIOT MISSY HYATT if you’re not subscribing, you’re missing something … and by the ways cheapos, it’s FREE! Yes, absolutely 100 percent FREE! What are you waiting for? Check it out HERE! 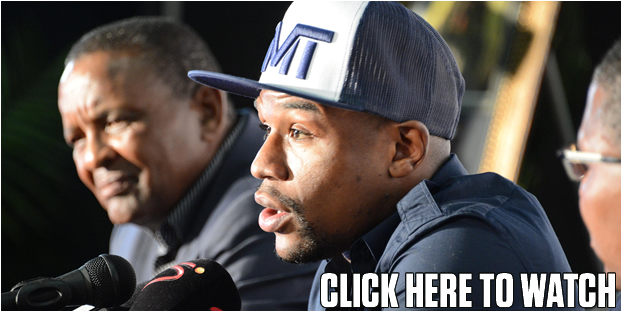