An admission by Forrest Griffin at the UFC 106 press conference shocked everyone listening, as the Augusta, Georgia native admitted he gave up during his fight against Anderson Silva.

“I was afraid, he was a f–kin’ bad ass,” Forrest confessed during his exclusive interview with THE HEYMAN HUSTLE‘s on-scene reporter in Las Vegas, “I felt silly trying to hit him. I asked myself  what I was doing. I got frustrated early about how quick and elusive he was.”

First step towards redemption? Putting in a great performance against Tito Ortiz this weekend at UFC 106. “I want to earn that main event status,” Forrest said, “I want people to know I’m back to being that guy who will never quit, that guy who will just keep fighting.” 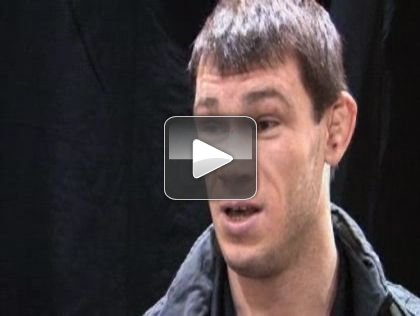