Heavyweight Shocker! Frank Mir Moves Over To Strikeforce To Take On Daniel Cormier 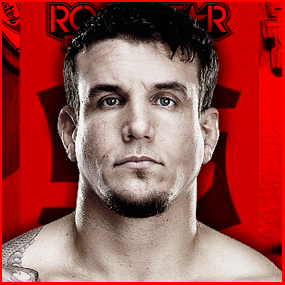 The MMA world was thrown for a loop this evening as Frank Mir has volunteered to temporarily leave UFC for the Strikeforce promotion (both, it should be noted, are owned by Zuffa) so he could headline a Showtime event against the undefeated Strikeforce Grand Prix Tournament winner Daniel Cormier!

“There has been a lot of speculation as to who Cormier would fight next, and this is the fight that makes the most sense,” UFC president Dana White stated to USA Today,  “The reality is, Cormier is one of the best heavyweights in the world. He just won the (Strikeforce) Grand Prix (Tournament) and beat Josh Barnett. He needs to fight opponents of that caliber, and Frank Mir is that guy.”

It was announced last December that Strikeforce would eliminate the 265-pound division from its roster, but Showtime insisted the Heavyweight Grand Prix winner to defend his title at least once before folding the division. While Cormier was originally scheduled to co-headline the September 29th card which features GILBERT MELENDEZ VS PAT HEALY, it is now being reported that Cormier vs Mir will take place in a soon-to-be-announced event that will take place ion October or November, with the focus of the promotion being on the final Heavyweight bout in Strikeforce history.

Of course, we’re HustleTweeting about Cormier vs Mir, and you’re more than welcome to join the conversation by following THE HEYMAN HUSTLE on Twitter HERE or write to us directly at hustleoncrave@gmail.com  Hey, have you checked out the Hustle’s Ultra High Quality You Tube Channel, with  exclusive videos featuring BROCK LESNAR’S “HERE COMES THE PAIN”  … ICE-T AND COCO’s SEX SECRETS … THE ULTIMATE WELTERWEIGHT BAD ASS NICK DIAZ … CONTROVERSIAL TEEN SENSATION TAYLOR MOMSEN … LEGENDARY MMA PIONEER FRANK SHAMROCK … THE WALKING RIOT MISSY HYATT … if you’re not subscribing, you’re missing something … and by the ways cheapos, it’s FREE! Yes, absolutely 100 percent FREE! What are you waiting for? Check it out HERE!