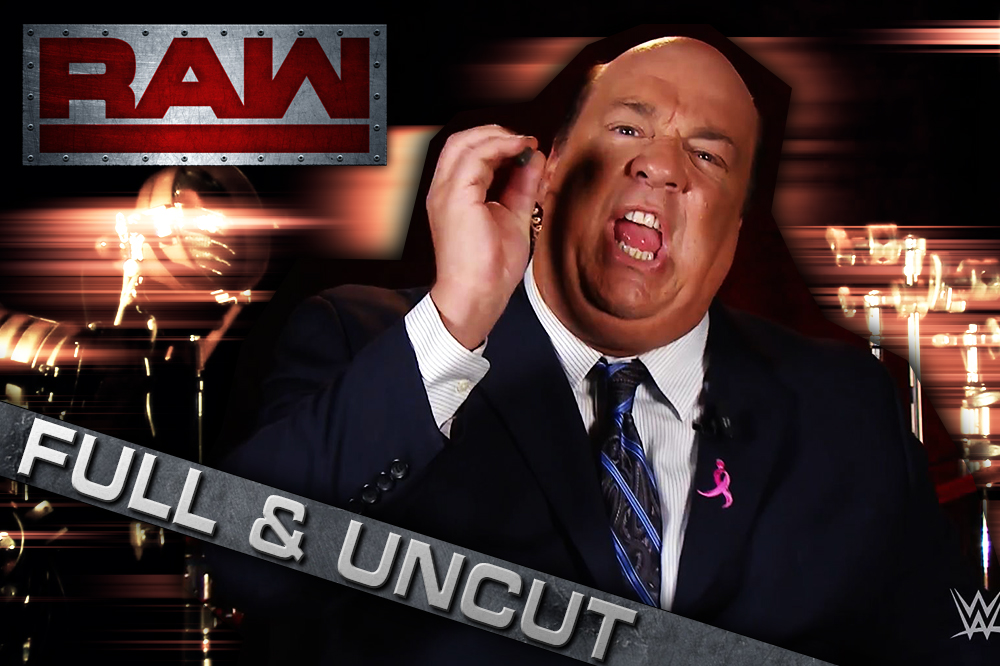 When our boss Paul Heyman appeared on WWE Monday Night RAW Live Via Satellite to give fair warning on behalf of Brock Lesnar to Goldberg, even we who work for the Hustler De Tuti Hustlers were surprised that Paul admitted how much Brock Lesnar detests Goldberg. You’d almost think this is getting personal!

We’re HustleTweeting about Paul Heyman’s Live Interview via Satellite, and you’re more than welcome to join the conversation by following the Hustle on Twitter HERE or by hitting LIKE on our hyper-interactive Facebook page HERE!