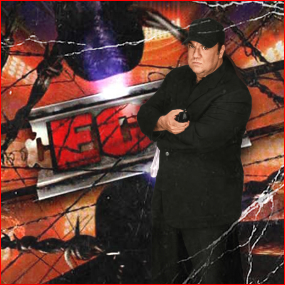 Paul Heyman gave me some great advice during my early days of booking Ring Of Honor. It’s advice I’ve repeated to myself frequently over the years.

“Let everything that is said about you, both positive and negative, roll off your back. It’ll save you from having a huge ego or driving you crazy.”

I have to admit it’s not always easy advice to follow. In rare cases, like the one I’m about to describe, I choose to ignore it.

I have always considered myself very lucky to be part of the wrestling business, but I do admit at times it can be very frustrating, unrewarding and just a total bitch. There are moments when I wonder why I’m still fighting the fight with both EVOLVE and Dragon Gate USA. Then something will happen that will remind me what it’s really about.

We are all part of a community that means something to everyone from the wrestlers to the office staff to the fans. We are all bonded. I read a post on Facebook by Open The Freedom Gate Champion Johnny Gargano a few weeks ago that reminded me of this.

“This is why I am who I am, and why I do what I do,” Gargano wrote on his Facebook. “I’ve gotten the opportunity to do A LOT of cool things thanks to professional wrestling, BUT all of them pale in comparison to things like this. This is a school paper written by a young fan named Peyton in North Carolina that was sent to me by her father. This one hits close to home to me, especially considering my childhood. I’m at a loss for words. Truly amazing. Reading things like this, and being able to touch just one person’s life with what I do makes everything worth it.”

Needless to say I was intrigued and very interested in this school paper. I’ll get to that in a moment, but first let me tell you about Johnny Gargano.

I feel I have a special booker/talent relationship with Johnny. It’s not just because he is a great wrestler, one of today’s new stars and our Champion. It’s because his climb to the top has been the most remarkable ascension of any talent I’ve had the privilege to book. Considering I’ve been fortunate enough to work extensively with the best in the world like Low Ki (the new IWGP Jr. Heavyweight Champion), CM Punk (WWE Champion), Bryan Danielson (Daniel Bryan former WWE World Champion) among others that is a huge, bold statement. However, all those talents were booked by me with proven reputations, considerable hype and with the knowledge that they would be pushed immediately as stars.

Johnny Gargano is a guy who was given a small opportunity to be on the pre-show of the very first DGUSA card almost three years ago with no promise of a return booking. He made the most of that opportunity. He got better. He worked his ass off. He improved. He did great with his next opportunity and then again with the one after that and the one after that and so on. Finally, after 2 1/2 years he climbed all the way to the top and defeated YAMATO to become the Open The Freedom Gate Champion, which is the top title in both DGUSA and EVOLVE.

Johnny is not a talent who is going to immediately blow you away with over the top flashy moves or a superhuman physique. Don’t get me wrong, he is very athletic and in tremendous shape. Most importantly, he has that special quality that connects with the audience because he really does appreciate and respect them. This becomes clear when you give him a chance and watch a handful of his matches. He has that intangible, which is what has inspired a 10 year old girl named Peyton.

“The person I chose to write my hero paper on was professional wrestler Johnny Gargano.” Peyton wrote in her school paper. “I don’t always fit in at school and I don’t hang around with all the cool kids a lot, but Johnny is cool and he always talks to me and let’s me get my picture took with him at wrestling. He does this for everybody I know, but it helps to make people feel special, even if they don’t always feel that way. I think it’s great that even though he is famous that he takes time to make everyone feel like they matter, that’s something I try to do, even though I am just in fifth grade. When I see someone having a bad day, I think about how Johnny always made me happy by being nice to me at the shows and I try to be nice to them so maybe their day will be better….That is why Johnny Gargano is my hero. He is great at what he does, he never gives up and he cares about everybody, not just his friends or the pretty girls.”

This is what it is all about. It’s about creating something that means something to people and inspires them to be better. Gargano has that gift. That leads me to this weekend’s EVOLVE card on May 12th in Concord, NC. This is one of the most important shows of the year to me. It’s not just because we are looking to add to the rich wrestling history of North Carolina. It’s not that the event will be broadcast on worldwide live iPPV. It’s not the fact that this is the most loaded EVOLVE card yet with Low Ki, El Generico, Sami Callihan, Ricochet, Chuck Taylor, AR Fox, Jigsaw and a lot of other great talent in fresh, exciting matches.

It’s because Peyton will be in attendance. She will be sitting up close when Johnny Gargano enters the ring both nights. She’ll once again get to meet her hero. No matter what happens at Saturday’s card I know they will be a success because one little girl will get memories that she will never forget. I won’t let that roll off my back. Johnny and I will both hold onto that because that’s what it is really about.

Gabe Sapolsky is the creative force behind the EVOLVE promotion, which completes a back-to-back iPPV offering this Saturday night, May 12th from Concord, North Carolina. For those interested in attending LIVE for Saturday’s iPPV event, the show takes place at 8pm at  Cabarrus Arena, 4751 US Highway 49 North, Concord, NC 28025. Go to www.DGUSA.tv or 267-519-9744 for ticket, lineup and more info.