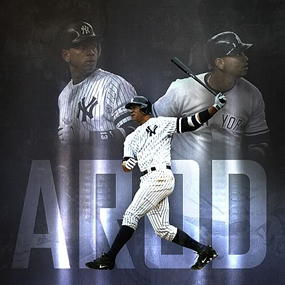 The New York Yankees are devising legal arguments so Alex “A-Rod” Rodriguez won’t be able to collect any of the bonuses he is scheduled as per the $30,000,000 “milestone home run” marketing agreement the two sides signed in 2007. If A-Rod hits six more home runs, he will tie Willie Mays for the fourth of all time, and he will be eligible for a $6,000,000 bonus as part of his 10-year, $275,000,000 contract with the Yankees. Rodriguez has hit 654 home runs so far in his career.

The Yankees reportedly plan on contesting the validity of the marketing deal because of Rodriguez’s steroids revelations and yearlong suspension. Rodriguez, along with the MLB Players Association, would have the right to file a grievance that could return the ugliness from the Biogenesis investigation. This could reopen Rodriguez to questions about when and where he has done PEDs.

Even so, it is unclear how strong of a case the Yankees would have. The team’s interest in trying to claim back some of the money they owe Rodriguez has been known for a long time. As far back as January 2013, shortly after the Miami New Times initially reported the Biogenesis story, a source told the media that the Yankees were “looking at about 20 different things” in regard to A-Rod‘s deal. The bonuses were part of that equation.

The New York Daily News reported on Monday that the Yankees would go after the bonuses.

In a future grievance, the Yankees likely would argue that Rodriguez basically voided the marketing agreement by making it worthless because of his PED use and the way he has acted. The deal calls for Rodriguez to receive the flat $6,000,000 fee in return for the team gaining exclusive rights to market the milestone achievements.

As it stands, the Yankees owe Rodriguez $61,000,000 over the next three seasons to complete the 10-year deal. The Yankees had discussed internally trying to void that contract, but that is not in the plans right now.

Of course, we’re HustleTweeting about The New York Yankees vs A-Rod, and you’re more than welcome to join the conversation by following the Hustle on Twitter HERE or write to us directly at hustleoncrave@gmail.com Hey, have you checked out the Hustle’s Ultra High Quality You Tube Channel, with exclusive videos featuring OUR WORLD EXCLUSIVE WITH MIKE TYSON … BROCK LESNAR’S “HERE COMES THE PAIN” … ICE-T AND COCO’s SEX SECRETS … MMA BAD BOY NICK DIAZ … the list goes on and on, so if you’re not subscribing, you’re missing something … and by the ways cheapos, it’s FREE! Yes, absolutely 100 percent FREE! What are you waiting for? Check it out HERE!