Here It Is ... That Shocking Hardy Boys - Reby Sky Video Everyone is Talking About! 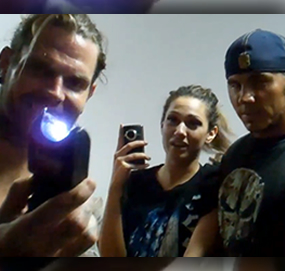 Jeff and Matt Hardy Give Reby Sky A Lesson in The Proper Technique Using a Taser!

It’s the video that had the entire wrestling world talking, and now the mainstream media (including TMZ) has been picking up on the bizarre scene. Former WWE and TNA World Champion JEFF HARDY and his brother, MATT HARDY use a taser on Matt’s girlfriend, REBY SKY

Matt pulled the video off YouTube once the backlash began, but there was no hiding this controversial footage. It had already been picked up everywhere. And so, we’re presenting it to you here for your review.

Of course, we’re HustleTweeting about The Hardy Boys and Reby Sky, and you’re more than welcome to join the conversation. Don’t miss out, let your voice be heard! We’d love to know your opinions, and you’re invited to express them by following THE HEYMAN HUSTLE on Twitter HERE or write to us at hustleoncrave@gmail.com  You can also subscribe (for FREE, cheapos, absolutely FREE) to our Ultra High Quality YouTube Channel HERE, and don’t forget to check out our old school social networking skills by visiting us on Facebook HERE and even on MySpace HERE

CLICK ON THE PICS BELOW TO SEE THESE AWESOME PICS OF REBY SKY!

HERE IT IS! THE HARDY BOYS’ SHOCKING VIDEO! 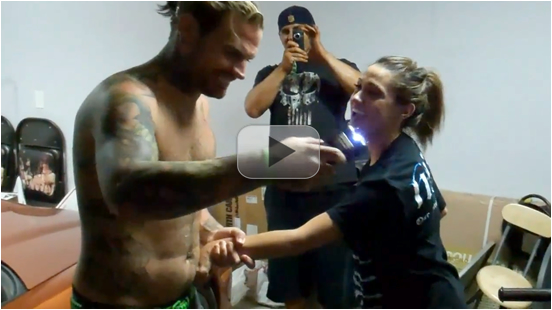