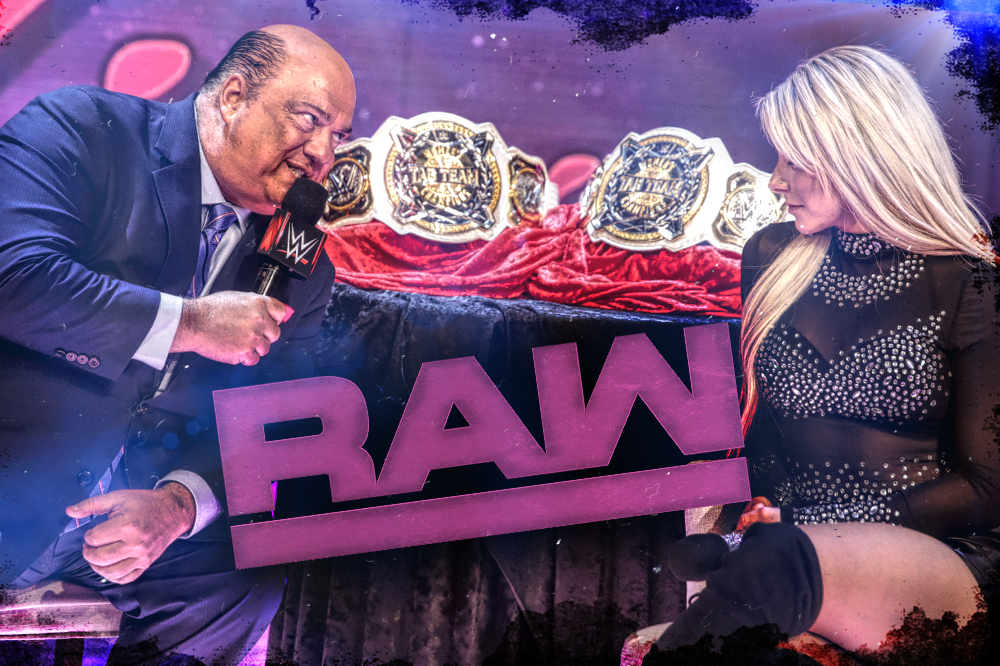 Our boss Paul Heyman appeared on Alexa Bliss‘ new talk show segment on WWE Monday Night RAW, the appropriately titled Moment of Bliss, and one could expect the unexpected. In fact, that wouldn’t be a prediction. It would be a spoiler!

If nothing else, “A Moment of Bliss” is certainly becoming the place to go when you want to make a statement. Following Sasha Banks’ mic-drop on Nia Jax last week, Alexa Bliss’ talk show played host to a major reveal, a top-flight guest in Paul Heyman, and a truly bizarre appearance.

Indeed, The Goddess began by unveiling the WWE Women’s Tag Team Championships, even going so far as to disclose when and how they would be awarded: At the WWE Elimination Chamber pay-per-view, with three teams from Raw and three teams from SmackDown LIVE vying for the new titles inside the Chamber itself.

Heyman’s interview went a little less smoothly: The Advocate was running through the list of potential challengers for Brock Lesnar when Otis Dozovic of Heavy Machinery wandered out — presumably in search of a steak and/or weight — and began to yell excited nonsense in the presence of The Goddess, derailing the interview until Tucker Knight showed up to restrain him. Where Heavy Machinery ends up is, of course, still up for question. But at least one-half of the blue-collar solid tag team seems to have found his bliss.