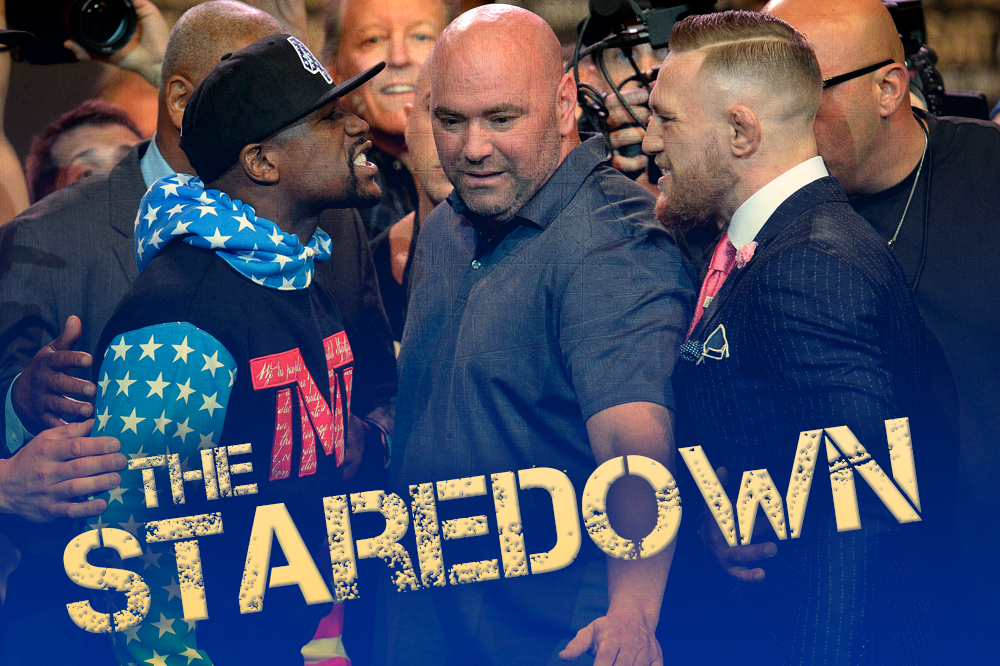 As they came face-to-face at the Staples Center in Los Angeles, Floyd “Money” Mayweather and Conor McGregor ended a press conference that kicks off a four day tour that will include Toronto, New York and London. The two will meet in a boxing match on August 26th, as Mayweather attempts to go 50-0, and McGregor looks to once again make history.

Unprecedented history at that.

We’re HustleTweeting about Mayweather vs McGregor, and you’re more than welcome to join the conversation on the Hustle Twitter HERE and also on our hyper-interactive Facebook page HERE!