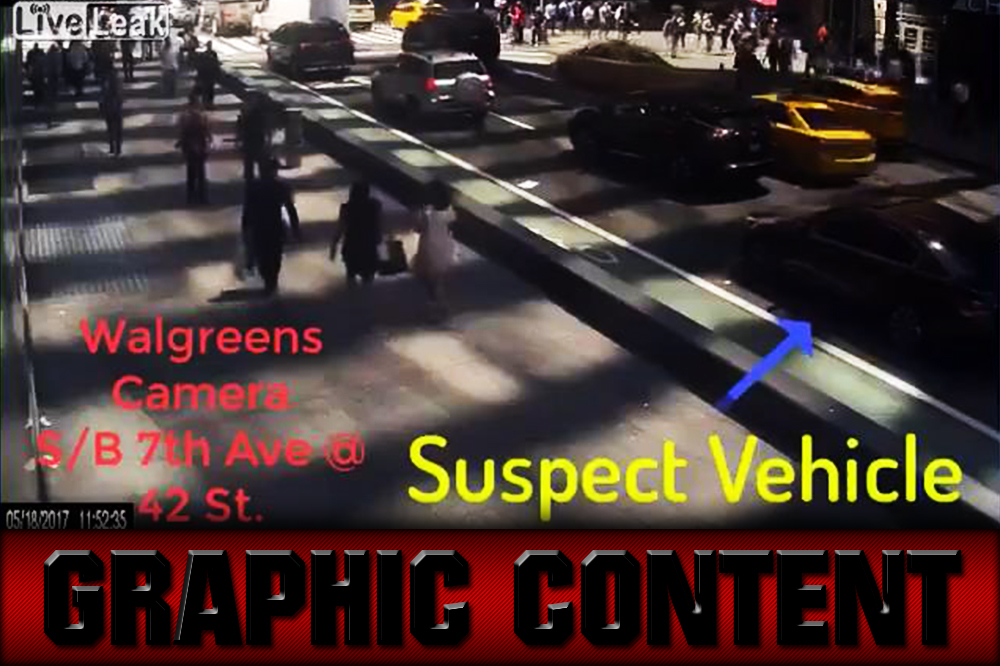 Horrifying footage has been released from multiple angles of the Times Square rampage, in which 1 teenage tourist from Michigan was killed and 22 other people were injured by a driver whose name will not be posted by this website. According to the NYPD, the driver, who lived with his mother in the Bronx, allegedly drove his car Thursday through Times Square, then made a U-turn and steered his car onto a sidewalk, plowing through helpless tourists for three blocks before crashing into protective barriers.

After he was detained, he allegedly said he wanted to “kill them all” and that police should have shot him to stop him, a prosecutor said at his court appearance on Friday. They said the driver also allegedly admitted to smoking marijuana laced with PCP sometime before the crash. Multiple sources confirm that officials are awaiting toxicology reports.

We are HustleTweeting about this horrific incident, and invite you to join the conversation, if you’re so inclined, by following the Hustle Twitter HERE and also liking our hyper-interactive Facebook page HERE!