House of Cards Season 3 Leaks ... Was It Intentional? 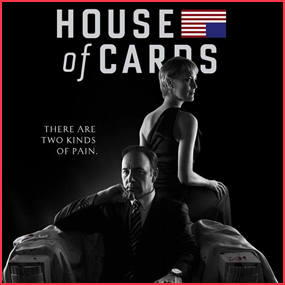 It’s a conspiracy worthy of an explanation as only Frank Underwood can give … did Netflix intentionally leak the 3rd season of “House of Cards” just to whet your appetite?

You’d think House of Cards creator Beau Willimon would be freaking out because the third season of the amazing series leaked … in entirety … on Netflix. Nah. Not Willimon. He’s enjoying the conspiracy theories. Or so it seems.  “I sent out a tweet  ‘Well folks, when Frank Underwood wants to tease he doesn’t f— around.’ I think he would have taken all the credit,” Willimon exclaimed.

In the most brilliant comment we’ve heard from a show creator in a long time, Willimon stated, “If you take credit for chaos, it suddenly becomes order. And that’s what (Kevin Spacey’s character Frank Underwood) would have said, but in a Southern accent.”

This all started Wednesday, when the third season of House of Cards was posted, in entirety, to Netflix, which isn’t a problem except the release was about two weeks ahead the show’s scheduled premiere February 27.  Willimon, however, didn’t appear to be angry at all about what Netflix termed a “technical glitch.” In fact, Willimon offered, “I actually thought it was great. I was amused by the whole thing.”

“While a few potential secrets might have been let loose,” Willimon stated, “… for the most part I think the core of the story and all the things that are going to happen stayed intact.”

Despite screenshots of episodes and episode descriptions getting out, Willimon is taking things in stride, telling the media, “What are you going to do? You can’t take it back, so you might as well just celebrate it.”

So what does Willimon think about the  conspiracy theory that Netflix pulled a Beyonce and intentionally leaked the season early?

“It would have made us look really cool and Underwoodian if we had orchestrated the whole thing,” Willimon laughed. “And who knows? Maybe we did, and we’re pretending we didn’t. But the truth, if you choose to believe it … look, streaming television shows on the Internet is a new thing, and every season we’re figuring it out as we go. And this was one of the unexpected things that happens when you’re doing something different.”

Of course, we’re HustleTweeting about the conspiracy theory, and you’re more than welcome to join the conversation by following the Hustle on Twitter HERE or write to us directly at hustleoncrave@gmail.com Hey, have you checked out the Hustle’s Ultra High Quality You Tube Channel, with exclusive videos featuring OUR WORLD EXCLUSIVE WITH MIKE TYSON … BROCK LESNAR’S “HERE COMES THE PAIN” … ICE-T AND COCO’s SEX SECRETS … MMA BAD BOY NICK DIAZ … the list goes on and on, so if you’re not subscribing, you’re missing something … and by the ways cheapos, it’s FREE! Yes, absolutely 100 percent FREE! What are you waiting for? Check it out HERE!