House of Cards Comes Tumbling Down 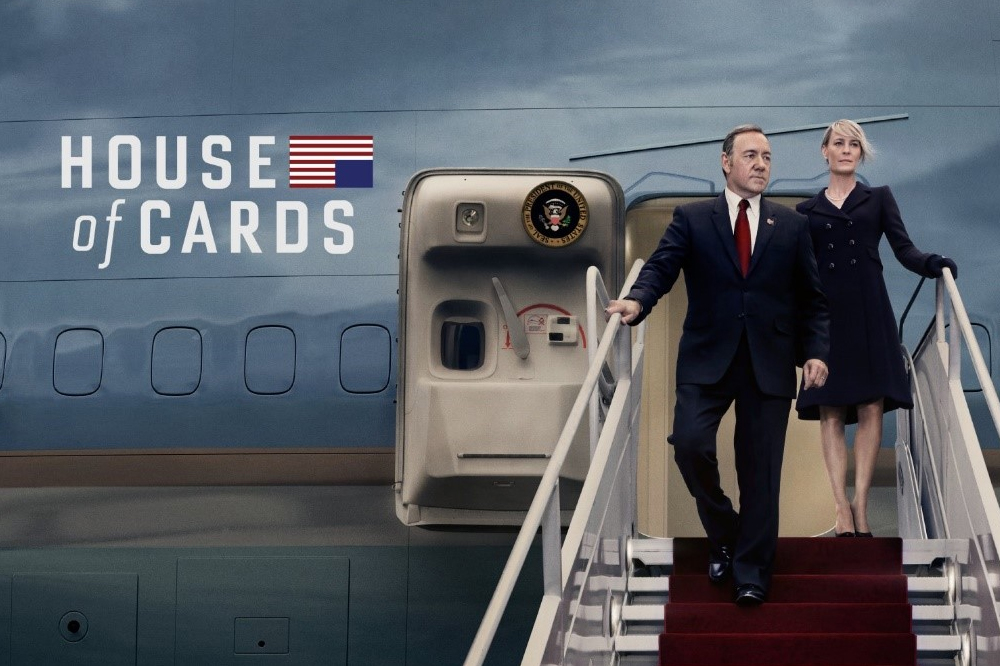 We make the terror. pic.twitter.com/VpChwGOSMj

House of Cards is returning for season five on Netflix on May 30th, but the show already has huge buzz thanks to what is being described as both an excellent troll move and smart marketing. The House of Cards Twitter account dropped a teaser for the new season less than an hour before the inauguration ceremonies for Donald Trump were scheduled to start.

The teaser starts with a close up on a flapping flag with a voice over of children reciting the pledge of allegiance. It is captioned “We make the terror.” As the camera pans out, it becomes clear that the flag is flying upside down, the signal for distress.

We’re HustleTweeting about House of Cards, and you’re more than welcome to join the conversation on the Hustle Twitter HERE and also on our hyper-interactive Facebook page HERE!