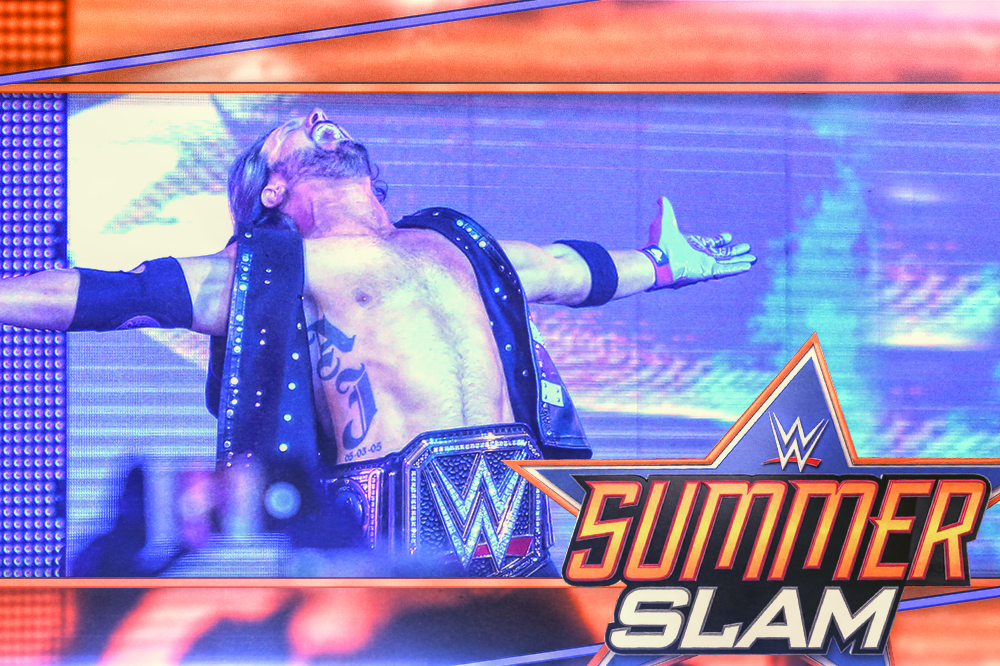 WWE Champion AJ Styles went wild in his match against Samoa Joe at WWE SummerSlam, which took place earlier this evening at the Barclays Center in Brooklyn, New York. The Phenomenal One was disqualified, and although that means Samoa Joe gets the victory, Styles retains the title, as championships in WWE only change hands via pinfall or submission / tap out.