A Quick Update on Those 007 Rumors From Elba ... Idris Elba 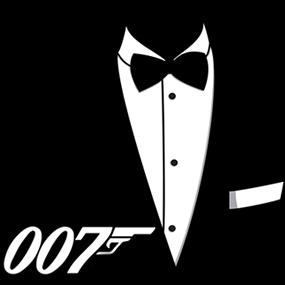 Is He The Next James Bond?

Idris Elba has reponded to the rumors that he may be the next James Bond. The speculation has reached a fever pitch, all because of the release of a hacked email sent in early January by Sony Pictures co-chair Amy Pascal to Elizabeth Cantillon, former exec VP of production for Columbia Pictures, which distributes the Bond films, that read, “Idris should be the next bond.”

The “Luther” star addressed the topic on Twitter, as seen in this story. But there’s more to this controversy, thanks to radio talk show host Rush Limbaugh who kicked off another major discussion when he said that Bond must be “white and Scottish.” Elba, for the record, would be the first non-caucasian to play 007.

“James Bond is a total concept put together by Ian Fleming. He was white and Scottish. Period. That is who James Bond is, was,” Limbaugh said. “But now (they are) suggesting that the next James Bond should be Idris Elba, a black Briton, rather than a white from Scotland. But that’s not who James Bond is. I know it’s racist to probably point this out.”

Elba has addressed the rumors of replacing Daniel Craig as Bond before. In 2011, he told NPR that he’s not interested in so-called black roles.

The upcoming Bond pic “Spectre,” which was hard hit by the Sony hack when its script was stolen, along with execs arguing the ending of the movie sucks, opens in theaters on November 6, 2015. You can check out our complete preview of the 24th installment in the Bond series HERE!

Of course, we’re HustleTweeting about James Bond, and you’re more than welcome to join the conversation by following the Hustle on Twitter HERE or write to us directly at hustleoncrave@gmail.com Hey, have you checked out the Hustle’s Ultra High Quality You Tube Channel, with exclusive videos featuring OUR WORLD EXCLUSIVE WITH MIKE TYSON … BROCK LESNAR’S “HERE COMES THE PAIN” … ICE-T AND COCO’s SEX SECRETS … MMA BAD BOY NICK DIAZ … the list goes on and on, so if you’re not subscribing, you’re missing something … and by the ways cheapos, it’s FREE! Yes, absolutely 100 percent FREE! What are you waiting for? Check it out HERE!