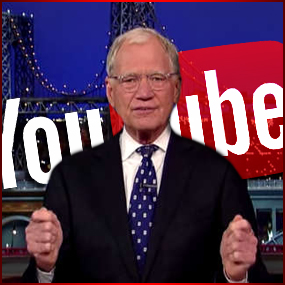 If You’ve Been Looking For “Best Of” Videos Featuring Dave, You Just May Be S.O.L.!

David Letterman signed off from CBS’ The Late Show, and now the former late night host has all but disappeared from YouTube and CBS.com! So here’s the big question … WHY?

“Now that the show has ended, these digital right‎s revert back to the show’s copyright owner, Worldwide Pants,” a CBS spokesman explained. A representative of Worldwide Pants commented, “As you might imagine, there is significant interest in the Worldwide Pants-owned content. We are currently considering a range of options.”

The new “Late Late Show” is not a Worldwide Pants production, nor is Stephen Colbert‘s version of “The Late Show,” which premieres on September 8th.

We’re HustleTweeting about David Letterman, and you’re more than welcome to join the conversation by following The Heyman Hustle on Twitter HERE! You can also post your thoughts on our Facebook page HERE!  If you feel compelled to write us, please do so at HustleOnCrave (at) Gmail.com