It's Official! Guns N Roses To Reunite at Coachella 2016 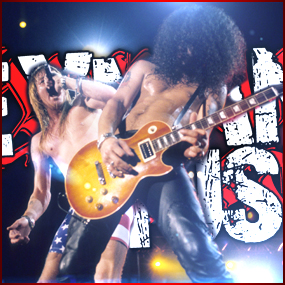 Axl, Slash and Duff are putting the band back together! 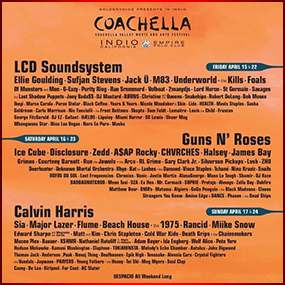 Axl, Slash and Duff are putting the band back together!

Guns N Roses is going to reunite on April 16 and April 23 at Coachella. Singer Axl Rose, guitarist Slash and bassist Duff McKagan have been officially confirmed for this year’s Coachella Music And Arts Festival in Indio, California. While the entire festival will take place over two weekends (April 15-17 and April 22-24), Axl – Slash – Duff are scheduled to headline two concerts.

Tickets go on this Wednesday on Coachella‘s website. According to Billboard, there are negotiations ongoing for GNR to do a 25-date stadium tour in North America next summer for which they’re reportedly asking $3 million per show. The most expensive tickets for the shows are reportedly slated to sell for between $250 and $275. No word yet on whether original guitarist Izzy Stradlin or drummer Steven Adler will appear.

Speculation about a reunion tour has been steady ever since Slash revealed last summer that he and Axl had repaired their friendship after being estranged for nearly 20 years.

The last show Axl and Slash played together was on July 17, 1993 at River Plate Stadium in Buenos Aires. The latest incarnation of GNR, which only included Axl from the original lineup, played a residency in Las Vegas in 2014 but has not released any music nor made any appearances ever since.

Of course, we’re HustleTweeting about Guns N Roses, and you’re more than welcome to join the conversation by following the Hustle on Twitter HERE or write to us directly at hustleoncrave@gmail.com Hey, have you checked out the Hustle’s Ultra High Quality You Tube Channel, with exclusive videos featuring the #HUSTLEBOOTYTEMPTATS SUPERMODEL OF THE YEAR … OUR WORLD EXCLUSIVE WITH MIKE TYSON … BROCK LESNAR’S “HERE COMES THE PAIN” … ICE-T AND COCO’s SEX SECRETS … MMA BAD BOY NICK DIAZ … the list goes on and on, so if you’re not subscribing, you’re missing something … and by the ways cheapos, it’s FREE! Yes, absolutely 100 percent FREE! What are you waiting for? Check it out HERE!

THE HEYMAN HUSTLE WAS TALKING TO DUFF ABOUT A GUNS N ROSES
REUNION LONG BEFORE IT WAS COOL TO TALK ABOUT A GNR REUNION! 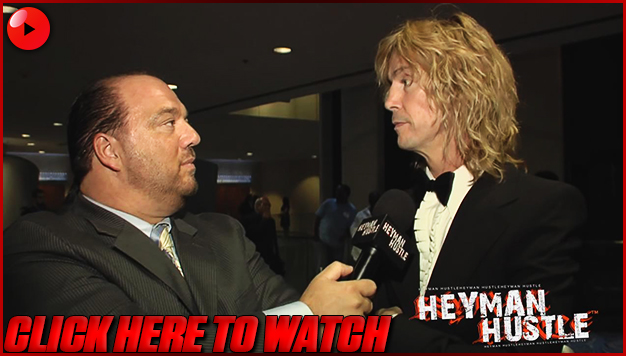