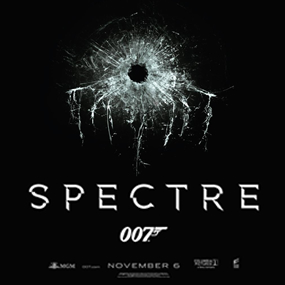 Daniel Craig returns as 007. Sam Mendes is called back from “Skyfall” to direct. And wait ’til you hear about this cast!

When you hear the phrase “ripped from today’s headlines,” what do you think about? Perhaps “Law and Order” or “The Newsroom”? How about Bond … James Bond? Yup, 007 movies have been largely influenced by the world around them, as evidenced by the very first Bond flick, Dr No being a take on the Cuban Missle Crisis. When “Star Wars” and the launch of the space shuttle took over the pop culture discussion, Bond film makers came up with “Moonraker” and when the “Bourne” films took over the box office, “Casino Royale” brought about a grittier Bond and more realistic fight scenes and stunts. And who can deny Javier Bardem’s character in “Skyfall” sprung from Bond film makers reading the headlines about Julian Assange?

So with Marvel movies taking over the gross receipts, we’re headed back in time to a world threatened by SPECTRE, the Special Executive for Counter-intelligence, Terrorism, Revenge and Extortion led by Ernst Stavro Blofeld, a German genius with aspirations of global domination. While Bond must battle SPECTRE, Marvel heroes take on “Hydra”, an evil group founded by the Nazi “Red Skull” who has the same goals as Blofeld … take over the world, infiltrate governments, create (excuse us, Maxwell Smart) chaos.

The 24th Bond film, SPECTRE will hit the screens late next year, the same year “The Avengers: Age of Ultron” is released, with the Bond film out in November, and Marvel’s Iron Man, Captain America, Thor, Incredible Hulk,Black Widow and Hawkeye reuniting again in May.

The casting of WrestleMania main eventer Dave Bautista as henchman Mr. Hinx in “SPECTRE” also adds an actor who recently played tattooed beast Drax the Destroyer in Marvel’s “Guardians of the Galaxy” a film that broke out as a blockbuster and will get a sequel in 2017 after it earned $771 million.

Everyone is talking about the casting of Christoph Waltz in the movie, especially coming off his spectacular performance as SS-Standartenführer Hans Landa in “Inglourious Basterds” and bounty hunter Dr. King Schultz in “Django Unchained” … two roles for which Waltz has been hugely praised, since he won an Academy Award, a BAFTA Award, and a Golden Globe Award for Best Supporting Actor for Django … and the Best Actor Award at the Cannes Film Festival and a Screen Actors Guild Award for his portrayal of Landa.

Waltz cast to play a character eportedly named Oberhauser. In the Fleming novels, Hannes Oberhauser is the name of a father figure to Bond who mysteriously disappears in Austria. He could conceivably end up becoming the supervillain known as Blofeld, the way Naomie Harris’ spy character was eventually revealed as the new Moneypenny in the “Skyfall” movie.

In regards to the name “SPECTRE” director Mendes is already building up the mystery. “Those of you who have some knowledge of the Bond franchise and the legend of Bond probably have some idea what that refers to, but I couldn’t possibly comment,” he stated at the press conference this week.

The Mendes-Craig pairing is the most successful in Bond history, as “Skyfall” grossed 1.1 billion dollars at the global box office, the most money ever grossed by a Bond film. Of course, we’re HustleTweeting about “SPECTRE” and you’re more than welcome to join the conversation by following THE HEYMAN HUSTLE on Twitter HERE or write to us directly at hustleoncrave@gmail.com Hey, have you checked out the Hustle’s Ultra High Quality You Tube Channel, with exclusive videos featuring OUR WORLD EXCLUSIVE WITH MIKE TYSON … BROCK LESNAR’S “HERE COMES THE PAIN” … ICE-T AND COCO’s SEX SECRETS … MMA BAD BOY NICK DIAZ … the list goes on and on, so if you’re not subscribing, you’re missing something … and by the ways cheapos, it’s FREE! Yes, absolutely 100 percent FREE! What are you waiting for? Check it out HERE!

CLICK ON THE PICS BELOW TO SEE THE ENTIRE PHOTO GALLERY FROM THE JAMES BOND PRESS CONFERENCE IN LONDON! 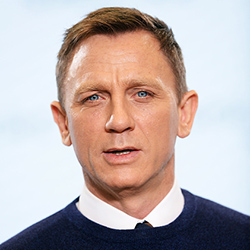 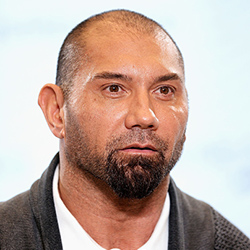 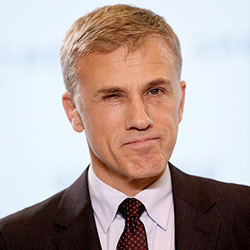