James Romano Looks At The New Trailer For "THE SHALLOWS" 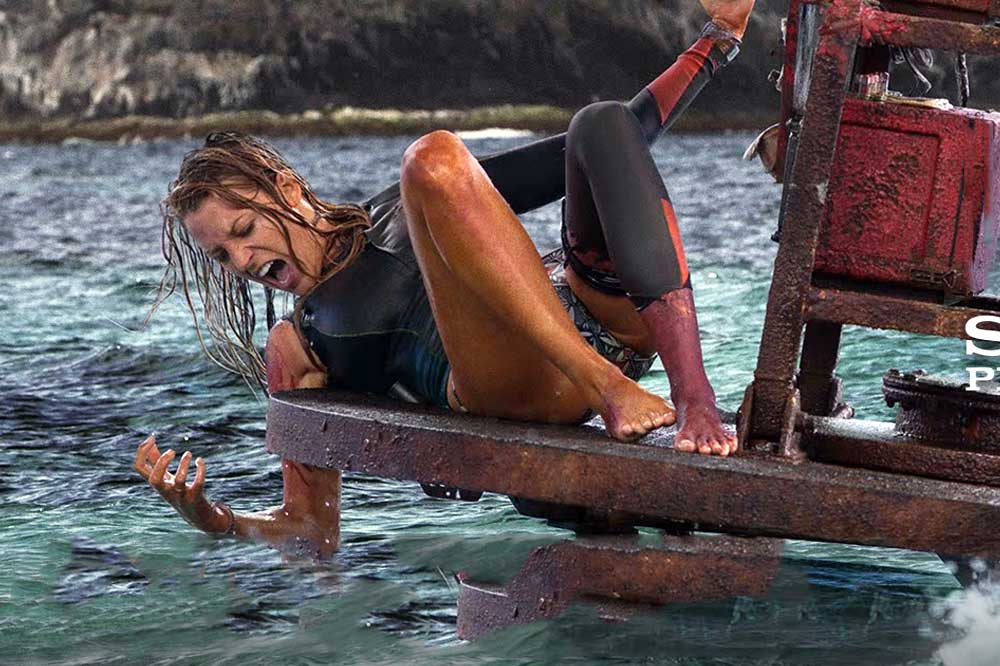 When the first teaser for Sony Pictures’ upcoming taut thriller “The Shallows” dropped a few months back, The HEYMAN HUSTLE was all over it like a hungry great white on a bloodied, bikini-clad Blake Lively. Recently, a brand new full-length trailer for the June 29th release dropped online and it’s left us even more thirsty for all the tension and terror the film has in store.

While it’s being sold as “Jaws For A New Generation“, we’re definitely picking up some serious “The Revenant with a shark, surfing, and bikinis” vibes as well. Think about it. Replace Leonardo Dicaprio with Lively, the giant grizzly bear with a giant great white shark, and the deep wilderness with a secluded island in Australia. Here’s hoping this doesn’t follow the trend and no false rumors surface about the shark.. ahem, “having it’s way”.. with some unfortunate soul before the film premieres.

In the film, Lively’s character Nancy is a surfer/med student who escapes to find paradise (literally, the beach is named Paradise. Oh, the irony. The bloody, shark inhabited irony.), before being violently pulled under water and having a chunk taken out of her leg by “white death” itself. As seen in the trailer, Nancy makes it onto a rock just in time to witness two creepy surfer dudes (who were previously seen trying to call her over to their spot) get devoured by the beast responsible. And that’s when ‘Jaws’ becomes ‘127 Hours’, with Nancy stranded on the rock just 200 yards or so away from shore, while the predator circles it’s intended prey (her). Here’s hoping she makes it…

But unlike in the first trailer, she doesn’t appear completely helpless here. As a matter of fact, judging by how intense Nancy seems to get in this thing, we’re slightly more worried for the shark at this point. Either way, with this thrilling new trailer, ‘The Shallows’ now looks to be even more terrifying than before and we still can’t wait to check it out on June 29th (just in time for you to rethink that big summer vacation to the beach).

Check out the insane second trailer for “The Shallows” for yourself. We strongly recommend waiting to watch for at least 30 minutes after eating…

Of course, we’re HustleTweeting about The Shallows, and you’re more than welcome to join the conversation by following THE HEYMAN HUSTLE TWITTER PAGE. You can also write to us directly at hustleoncrave@gmail.com. Hey, have you checked out the Hustle’s Ultra High Quality YouTube Channel, with exclusive videos featuring Backstage with Brock Lesnar and Paul Heyman… The Footage “They” Never Wanted You To See … UFC Bad Boy Nick Diaz’s Wildest Video Ever … Behind The Scenes at WrestleMania … ICE-T and Coco’s Sex Secrets … the list goes on and on, so if you’re not subscribing, you’re missing something … and by the ways cheapos, it’s FREE! Yes, absolutely 100 percent FREE! What are you waiting for? Check it out HERE!

In this article:The Shallows