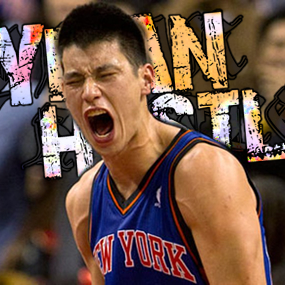 The Overnight Sensation is Reportedly Headed to The Houston Rockets After The Knicks Make The Executive Decision NOT to Match The 25 Million Dollar Offer!

Howard Beck of The New York Times has broken the story that The New York Knicks have decided not to match the Houston Rockets’ $25 million offer to Jeremy Lin.

The Overnight Sensation is Reportedly Headed to The Houston Rockets After The Knicks Make The Executive Decision NOT to Match The 25 Million Dollar Offer!

Howard Beck of THE NEW YORK TIMES has broken the story that The New York Knicks have decided not to match the Houston Rockets’ $25 million offer to Jeremy Lin. According to Beck, “The Knicks plan to cut ties with Jeremy Lin on Tuesday night, according to a person briefed on the decision, ending a brief, spectacular and now bittersweet love affair between the 23-year-old point guard and his adoring fan base. Lin will play next season for the Houston Rockets, who signed him to a three-year, $25.1 million offer sheet that the Knicks have elected not to match.”

So now the clock starts clicking, as the Knicks officially have until 11:59 PM Eastern Time tonight to decide whether to retain Lin or let him go to Houston. With the off-season acquisitions of Raymond Felton from the Portland Trail Blazers and Jason Kidd from the Dallas Mavericks, rumors began to swirl that Lin’s days in New York were numbered. They didn’t swirl like Jason Kidd’s drinks before driving in the Hamptons, but that’s a different story, isn’t it?

In 35 games last season, Jeremy Lin averaged 26 minutes, 14.6 points on 44-percent shooting and 6.2 rebounds. The Rockets quickly found themselves in a hole at the point guard position this off-season, with the departure of Goran Dragic, who reunited with the Phoenix Suns, and Kyle Lowry, now a member of the Toronto Raptors.

Of course, we’re HustleTweeting on this entire LINsane situation, and you’re more than welcome to join the conversation by following the Hustle on Twitter HERE or write to us directly at hustleoncrave@gmail.com  Hey, have you checked out the Hustle’s Ultra High Quality You Tube Channel, with  exclusive videos featuring BROCK LESNAR’S “HERE COMES THE PAIN”  … ICE-T AND COCO’s SEX SECRETS … THE ULTIMATE WELTERWEIGHT BAD ASS NICK DIAZ … CONTROVERSIAL TEEN SENSATION TAYLOR MOMSEN … LEGENDARY MMA PIONEER FRANK SHAMROCK … THE WALKING RIOT MISSY HYATT … if you’re not subscribing, you’re missing something … and by the ways cheapos, it’s FREE! Yes, absolutely 100 percent FREE! What are you waiting for? Check it out HERE!