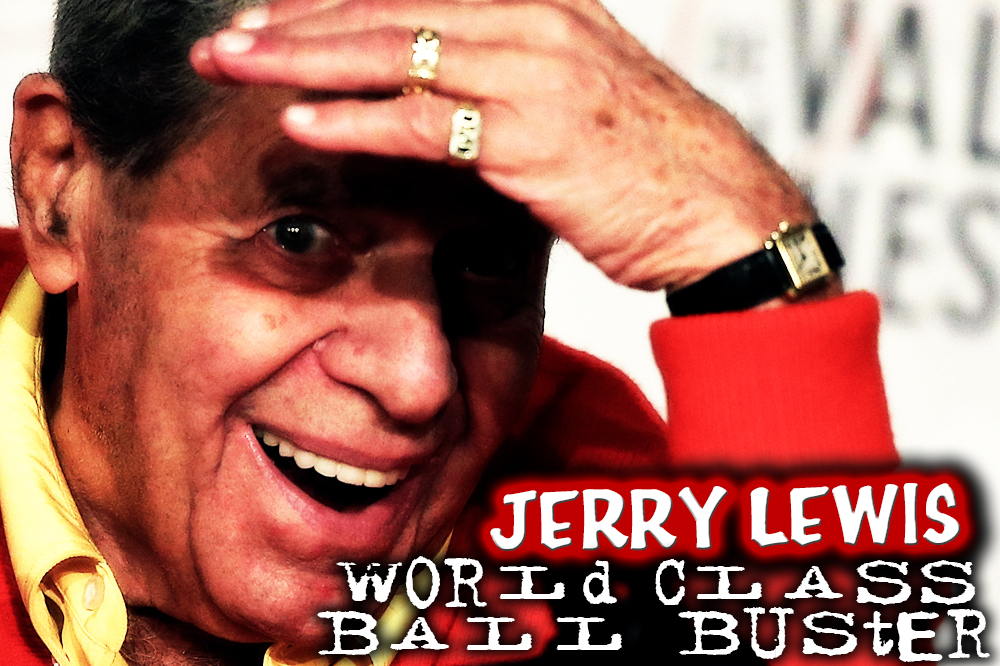 A couple of years ago, Vice posted an article entitled Jerry Lewis is Alive … and is Still a Piece of Shit!

We were, admittedly, taken aback by the power of that headline, especially from the people at Vice, who through their amazing reporting and fearless pursuit of the true story have interviewed some of the world’s biggest pieces of shits. But wait. We’re getting off topic here.

Interviewer Andy Lewis (no relation) interviewed the legendary 90-year-old Mr. Lewis for an article in the Hollywood Reporter, but before they even got started, Good Ol’ Jer reportedly complained about the amount of equipment and the number of assistants in his house and said he wasn’t happy with the way the shots were set up. Jerry continually gave Andy one-word answers and appeared to be extremely agitated.

What transpired over the next seven minutes is pure gold.

We invite you to enjoy!

We’re HustleTweeting about Jerry Lewis, and you’re more than welcome to join the conversation by following the Hustle on Twitter HERE or by hitting LIKE on our hyper-interactive Facebook page HERE!