What To Do In Vegas During UFC 116 Fight Week: Joe Rogan At The House of Blues! 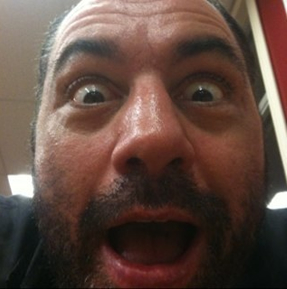 He’s the man our own Hustler De Tuti Hustlers Paul Heyman calls “the single best commentator in sports, bar none.!” Joe Rogan was a network shock-game-show host who demonstrated his knowledge of Mixed Martial Arts on UFC broadcasts and became, in rather short time, the key to UFC pay per view telecasts and the hype shows leading up to the fights.

Joe Rogan also has one simply amazing live show, and he’s bringing it to the Strip the night before the biggest pay per view event of the year. As announced last night on his TWITTER page, Joe Rogan is going to play Sin City. Well, that’s not how he put it. Joe actually tweeted VEGAS, BITCHES!!! July 2nd I’m at the House of Blues. One show, 8pm Don’t sleep!!…

And if you’re on a budget for Fight Week, don’t sweat it, the prices are pretty cool. $31 at ticket, and you have to be 18 or older. Hey, it’s Vegas. Leave the kids at home, because what happens in Vegas …

…ends up in Joe Rogan’s routine!