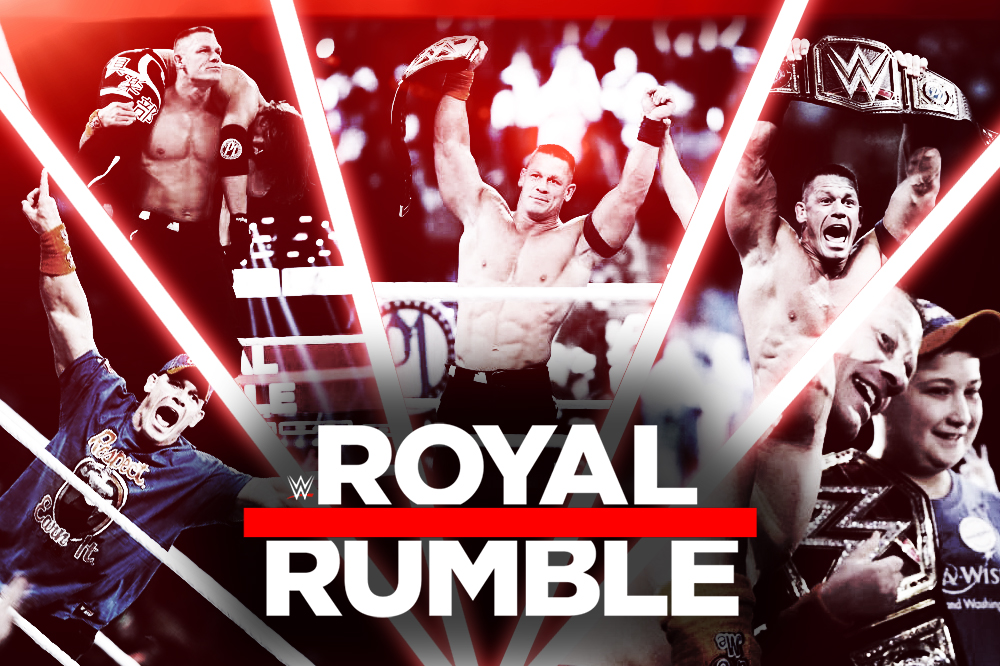 John Cena has captured his 16th World Title, which means he has tired “Nature Boy” Ric Flair‘s record for the most world titles won by an individual.

Deep in the heart of Texas, in front of an awe-inspiring crowd of 52,000 plus at the San Antonio Alamo Dome, John Cena once again captured the WWE Title in a thrilling classic with AJ Styles. Trading move for move, submission hold for submission hold (including Cena applying Flair’s patented Figure-Four Leglock), and surviving finisher after finisher.. Cena and Styles raised the bar and put on a certified classic.

In the end, it was two Attitude Adjustments in immediate succession that finally put away Styles, earning Cena the hard-fought victory and his historic achievement. Minutes after the epic clash, “The Nature Boy” himself personally congratulated Cena, posing for a photo backstage at the Alamo Dome with the newly-crowned WWE World Champ and his gold.

We’re HustleTweeting about John Cena and Royal Rumble and you’re more than welcome to join the conversation by following the Hustle on Twitter HERE or by hitting LIKE on our hyper-interactive Facebook page HERE!