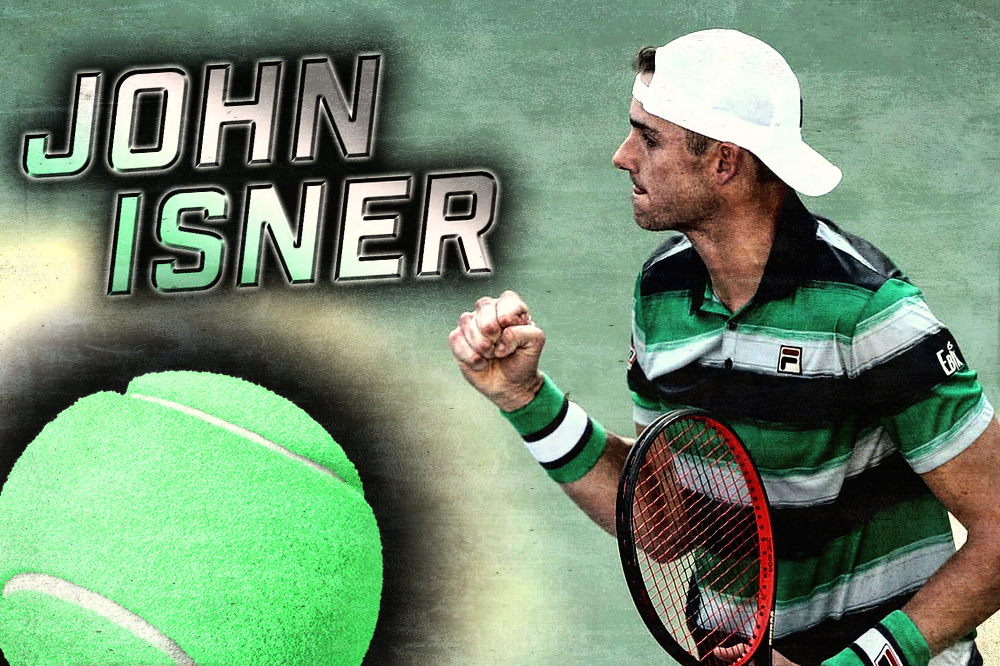 The top American seed in this year’s US Open (and 11th overall seed) John Isner was only seven points away from being eliminated from the tournament last night, when he came back in a second-round marathon nail-biter against unseeded Chilean Nicolas Jarry to prevail 6-7 (7-9), 6-4, 3-6, 7-6 (7-2), 6-4.

“Tonight it was a struggle,” Isner candidly admitted. “But I just kept plugging away. The fifth set was far and away the best I played the whole match. So that’s pretty encouraging, I think. It was a struggle at times, but I’m happy to get through.”

Isner was on the brink of elimination in the fourth set, knotted up at 4-4, 5-5 and 6-6 before prevailing in a tiebreaker, extending the match to a decisive fifth set. Jarry got out ahead again, going up 4-3, before Isner finally pulled away and won it on a forehand to end the match after 3 hours and 38 minutes.

Isner’s 38 aces helped advance him to Friday’s third-round match against unseeded Serbian Dusan Lajovic. The 6-foot-10 North Carolina native has never won a Grand Slam title, but came the closest he ever has when he lost in the Wimbledon semifinals last month.