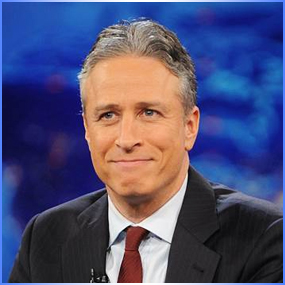 As we all know by now, this past February Comedy Central‘s Daily Show host of 16 years, Jon Stewart announced he would be departing the show this summer. This week on August 6, it will be the final episode with Stewart as host. On last night’s show, Stewart announced who some of his final guests this week will be. The likes of “Trainwreck” star Amy Schumer, actor Dennis Leary and stand-up comedian Louis C.K. are all scheduled to appear.

“We’re going to have a ball,” Stewart said. “And I can’t wait to show my appreciation at all the support and enthusiasm that you guys have given the show all these years.”

Though no guests have been announced for the finale of Comedy Central’s hottest T.V. Show, it will be a must-watch.

Of course, we’re HustleTweeting about Jon Stewart, and you’re more than welcome to join the conversation by following the Hustle on Twitter HERE or write to us directly at hustleoncrave@gmail.com Hey, have you checked out the Hustle’s Ultra High Quality You Tube Channel, with exclusive videos featuring the #HUSTLEBOOTYTEMPTATS SUPERMODEL OF THE YEAR … OUR WORLD EXCLUSIVE WITH MIKE TYSON … BROCK LESNAR’S “HERE COMES THE PAIN” … ICE-T AND COCO’s SEX SECRETS … MMA BAD BOY NICK DIAZ … the list goes on and on, so if you’re not subscribing, you’re missing something … and by the ways cheapos, it’s FREE! Yes, absolutely 100 percent FREE! What are you waiting for? Check it out HERE