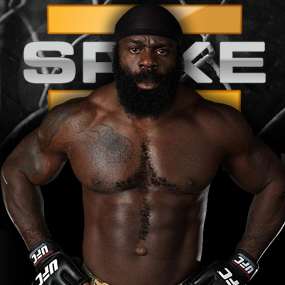 The Friday Night War Begins as SpikeTV Lures Back Kimbo For a Slice of The Ultimate Ratings!

Kimbo will reportedly share not only details, but also new footage from “The Ultimate Fighter Season 10,” in which he, Brendan Schaub, Matt Mitrione and eventual TUF Champion Roy Nelson competed.  The heavyweights-only season of the UFC’s reality series shattered previous records and averaged a whopping 3.4 million weekly viewers.

This can’t go on forever, or even past December 31st of this year, as Spike owns the rights to re-broadcast UFC shows and footage until the end of this year.

Our own Hustler De Tuti Hustlers Paul Heyman wrote a blog about how the networks (amazingly so, SpikeTV again) are the real puppet-masters in a war such as this, when he looked at the new Monday Night War (which didn’t last long) between Spike (and their executives) and USA Network (and their executives).

Of course, we’re HustleTweeting about Kimbo’s return to Spike and the network war brewing over The Ultimate Fighter, and you’re more than welcome to join the conversation by following THE HEYMAN HUSTLE on Twitter HERE or write to us directly at hustleoncrave@gmail.com