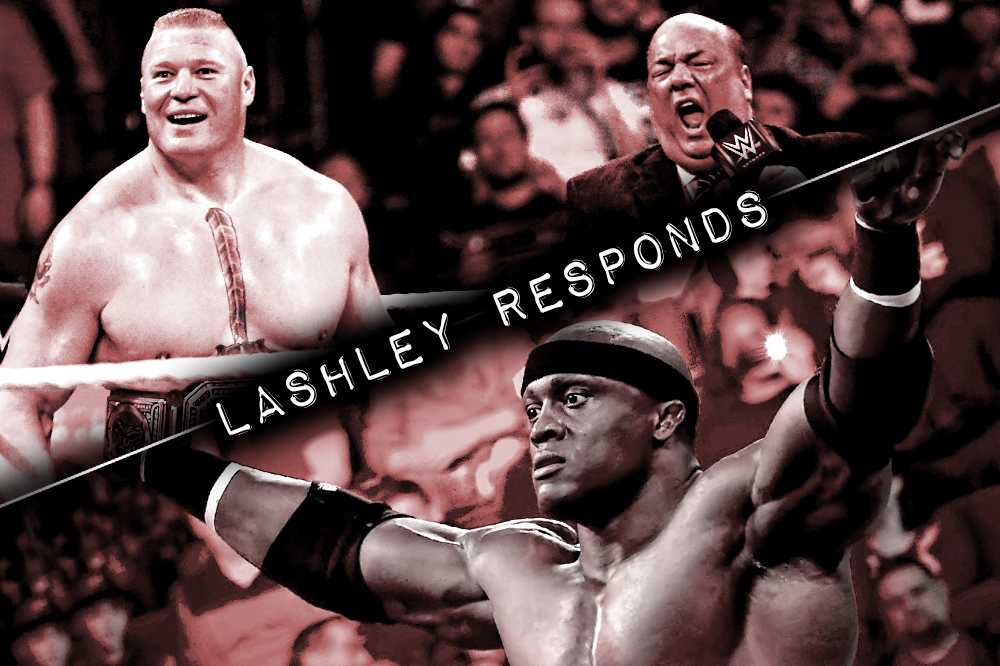 I never ducked @BrockLesnar in college. I never had the chance to meet him earlier in @WWE. Never was in same #MMA organization. Now we're both here again in #WWE. I'm ready. Let's do it. I'd LOVE to fight Brock. Take that any way you want!

Things are heating up in WWE, as our boss (and Brock Lesnar‘s Advocate) Paul Heyman took to the Heyman Hustle Facebook Page to rip into every potential challenger to Brock’s Universal Title. And now, Bobby Lashley has responded.

We think this is only the beginning. In the meantime, we’re HustleTweeting about this latest war of words, and you’re more than welcome to join the conversation on the Hustle Twitter HERE and also on our hyper-interactive Facebook page HERE!