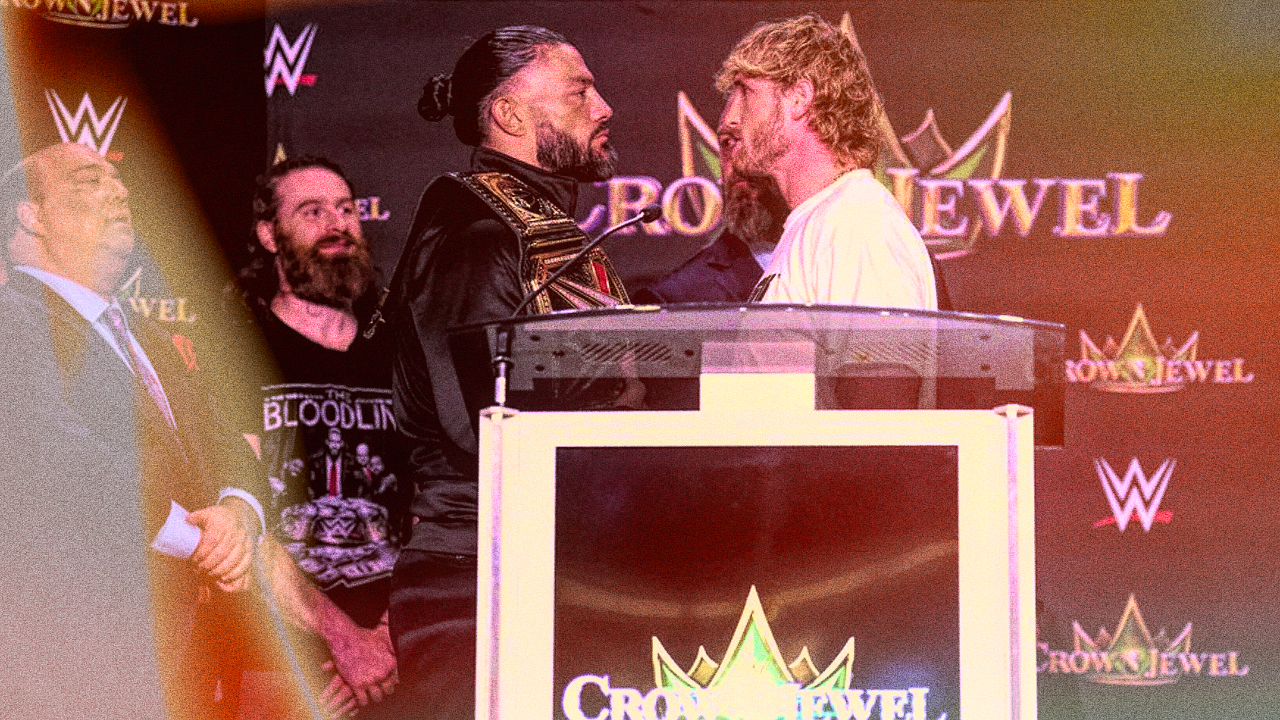 In the wake of the earth-shattering claims on his IMPAULSIVE podcast this week that he could defeat Undisputed WWE Universal Champion Roman Reigns, internet sensation Logan Paul came to SmackDown and challenged The Head of the Table to meet him face-to-face in a special press conference in Las Vegas on Saturday.

In a subsequent war-of-words with returning Special Counsel Paul Heyman, “The Maverick” took his speculation further and claimed that, in a match against Reigns for the title on the Island of Relevancy, it would only take one lucky punch to dethrone the dominant titleholder.

After accepting Paul’s invitation, Reigns and the Media Megastar sat down at the “Dawg House Saloon and Sports Book” in Resorts World Las Vegas where WWE Chief Content Officer Triple H announced the two Superstars would square off at WWE Crown Jewel in Riyadh, Saudi Arabia.

Tensions quickly rose between The Undisputed WWE Universal Champion and “The Maverick” as the two Superstars traded barbs until a fed up Reigns stood up and shoved Paul.

We’re HustleTweeting about Roman Reigns vs Logan Paul, and you’re more than welcome to join the conversation on the Hustle Twitter HERE … on our ridiculously sensational Instagram HERE … or on our Facebook page HERE!