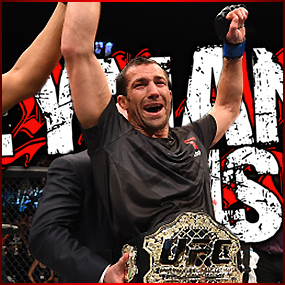 The Title Changes Hands as Rockhold Delivers a BRUTAL Beating to the No-Longer-Undefeated FORMER Champion at UFC 194 in Las Vegas! 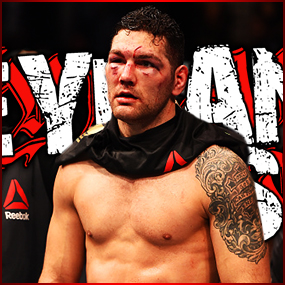 The Title Changes Hands as Rockhold Delivers a BRUTAL Beating to the No-Longer-Undefeated FORMER Champion at UFC 194 in Las Vegas!

Referee Herb Dean almost stopped the fight in the third round, when Rockhold moved to full mount and bloodied Weidman (13-1) with elbows from the top. Weidman defended himself just enough to make it to the end of the round, but it was clear he had taken a beating and only a miracle snatch or punch could save the fight for the champion.

Rockhold got the advantage in the fourth round and it was all over for Weidman. Of course, we’re HustleTweeting about UFC 194, and you’re more than welcome to join the conversation by following the Hustle on Twitter HERE or write to us directly at hustleoncrave@gmail.com Hey, have you checked out the Hustle’s Ultra High Quality You Tube Channel, with exclusive videos featuring the #HUSTLEBOOTYTEMPTATS SUPERMODEL OF THE YEAR … OUR WORLD EXCLUSIVE WITH MIKE TYSON … BROCK LESNAR’S “HERE COMES THE PAIN” … ICE-T AND COCO’s SEX SECRETS … MMA BAD BOY NICK DIAZ … the list goes on and on, so if you’re not subscribing, you’re missing something … and by the ways cheapos, it’s FREE! Yes, absolutely 100 percent FREE! What are you waiting for? Check it out HERE!