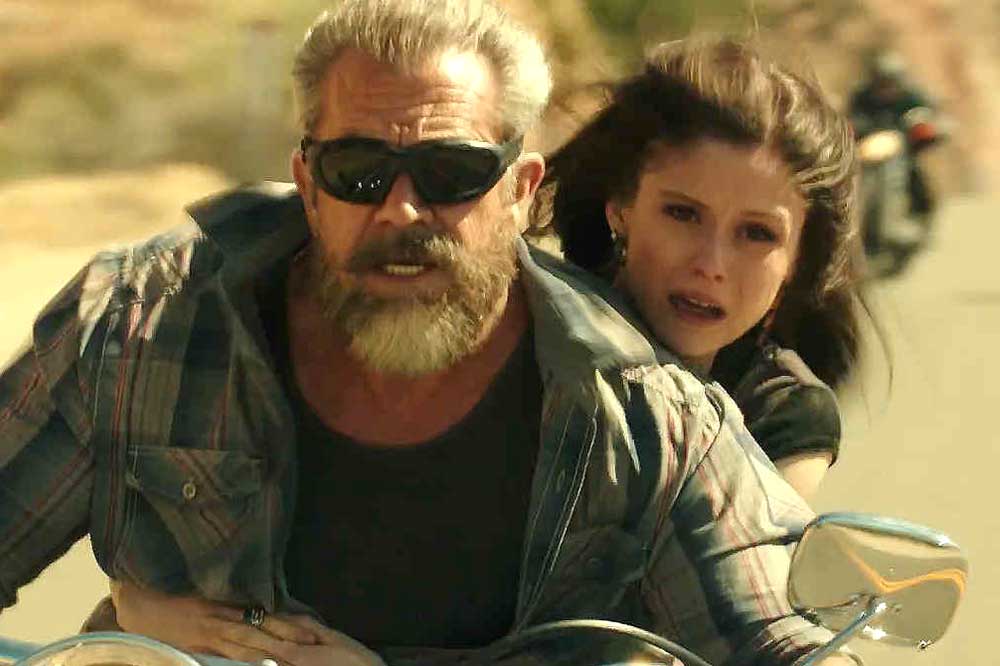 In the Name of Max .. and Riggs … Mel Gibson is the “Blood Father!”

Mel Gibson is the star in “Blood Father,” an action-adventure film that looks like a mashup of Mel’s best roles. Chase scenes with shotgun-cocking from “Mad Max” and “The Road Warrior,” the trailer on the secluded beach ala Riggs from “Lethal Weapon” and the vengeful father protecting his child from “Ransom.”

So, what’s the story? Well, here goes … Mel plays John Link, an ex-con tattoo artist whose daughter comes back into his life after being missing for several years. This daughter seems to have a few complications that she’s about to bring into Daddy’s life, some real intense drama. We see a wanted poster with a $30,000 reward for the daughter, so it would certainly appear, without knowing any spoilers, the daughter, played byErin Moriarty is in need of her father’s particular set of skills. Oh wait. That’s another franchise revenge master.

Back to Mad Mel, we’re HustleTweeting right now about Blood Father, and you’re more than welcome to join the conversation by following THE HEYMAN HUSTLE TWITTER PAGE. You can also write to us directly at hustleoncrave@gmail.com. Hey, have you checked out the Hustle’s Ultra High Quality YouTube Channel, with exclusive videos featuring Backstage with Brock Lesnar and Paul Heyman… The Footage “They” Never Wanted You To See … UFC Bad Boy Nick Diaz’s Wildest Video Ever … Behind The Scenes at WrestleMania … ICE-T and Coco’s Sex Secrets … the list goes on and on, so if you’re not subscribing, you’re missing something … and by the ways cheapos, it’s FREE! Yes, absolutely 100 percent FREE! What are you waiting for? Check it out HERE!

In this article:Blood Father, Mel Gibson