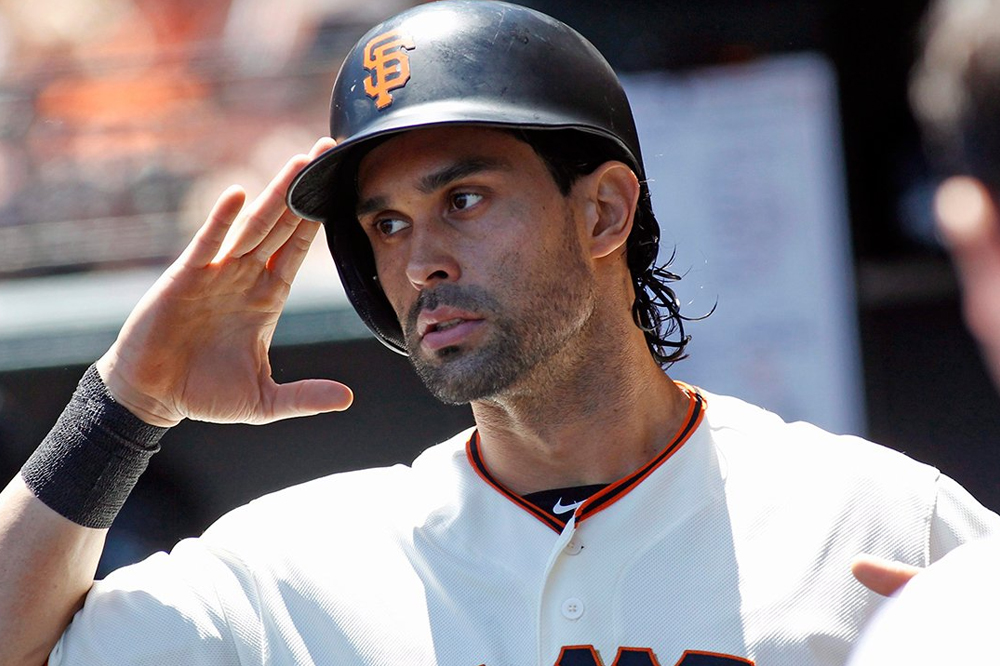 Perhaps our boss Paul Heyman should consider signing San Francisco Giants left fielder Angel Pagan, who hit a picture-perfect Bayley-to-Belly on a fan who ran onto the field and into the outfield at AT&T Park during the fourth inning against the Los Angeles Dodgers last night. The fan was taken straight to Suplex City, much to the delight of the crowd. At first, he approached catcher Buster Posey, who shoved the fan to the ground. The fan jumped up and ran toward third baseman Gordon Beckham who took a swipe at him. That’s when the fan ran into the left field, where Pagan offered a hand as if to accept the round white object the fan was offering before throwing both arms around the man, and suplexing him into the outfield grass.

We’re HustleTweeting about Angel Pagan, and you’re more than welcome to join the conversation by following the Hustle on Twitter HERE or by hitting LIKE on our hyper-interactive Facebook page HERE!