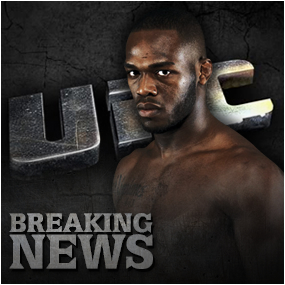 MMA’s Top Reporter Ariel Helwani Gets To The Bottom of Why Rashad Evans is NOT Next in Line For A Light Heavyweight Title Fight Against Jon Jones!

An explosive development came to light on Thursday afternoon when UFC President Dana White announced that Lyoto Machida would be Light Heavyweight Champion Jon Jones’ opponent at UFC 140, which puts the long-awaited battle of former teammates Jones vs Rashad Evans on hold.

‘Dana called me into his office just a few days ago, and he asked me to fight Rashad Evans at UFC 140,” Jones told MMAFIGHTING.COM REPORTER ARIEL HELWANI, “Without hesitation, I said ‘absolutely’. There’s nothing I want to do more than to get past this Rashad Evans chapter in my career, because it’s been a nuisance. He’s been the antagonist in my career. So, I’m predicting that maybe Rashad thought that I would turn the fight down, knowing that I just got done finishing my title fight. I’m sure he thought that I would say no to him, and I’m sure he would have went with the approach of, ‘Oh well, Jon Jones is ducking me again; he turns down the fight in nine weeks.’ To his surprise, I took the fight, and after I took the fight, he decides that his hand isn’t ready, and he’s going to need more time. So, with me already agreeing with Dana that I would take a fight at UFC 140, Dana called me back and said, ‘Hey, listen, Rashad decided that he can’t compete at UFC 140, what would think about fighting Lyoto Machida?’ And I said ‘absolutely’. My feet were swollen after my fight, but they are healed now, and I want to fight. My health is good, I’m a young guy, and I want to fight. So I took the fight against Lyoto in nine weeks from now. This is four fights in 10 months against three former champions in the same year. I don’t think that’s ever been done.”

Jones added, “Rashad calls me out, predicting that I would say no, to make me look like I was ducking him again, and I say yes, and now he says, Oh, I didn’t know he would say yes. I don’t want to fight him. He called Dana White, asked for 140, Dana White called me and said Rashad wants this fight. I gave him the fight he wanted and then he pulled out.”

Ariel Helwani can be found interacting with his global audience on Twitter HERE, while our HustleTweeters must know by now we’re discussing this situation at this very moment, and that you are more than welcome to join the conversation by following THE HEYMAN HUSTLE on more than welcome to join the conversation by following the Hustle on Twitter HERE or write to us directly at hustleoncrave@gmail.com  Hey, have you checked out the Hustle’s Ultra High Quality You Tube Channel, with videos featuring ICE-T AND COCO’s SEX SECRETS … THE ULTIMATE WELTERWEIGHT BAD ASS NICK DIAZ … CONTROVERSIAL TEEN SENSATION TAYLOR MOMSEN … LEGENDARY MMA PIONEER FRANK SHAMROCK … THE WALKING RIOT MISSY HYATT … if you’re not subscribing, you’re missing something … and by the ways cheapos, it’s FREE! Yes, absolutely 100 percent FREE! What are you waiting for? Check it out HERE!