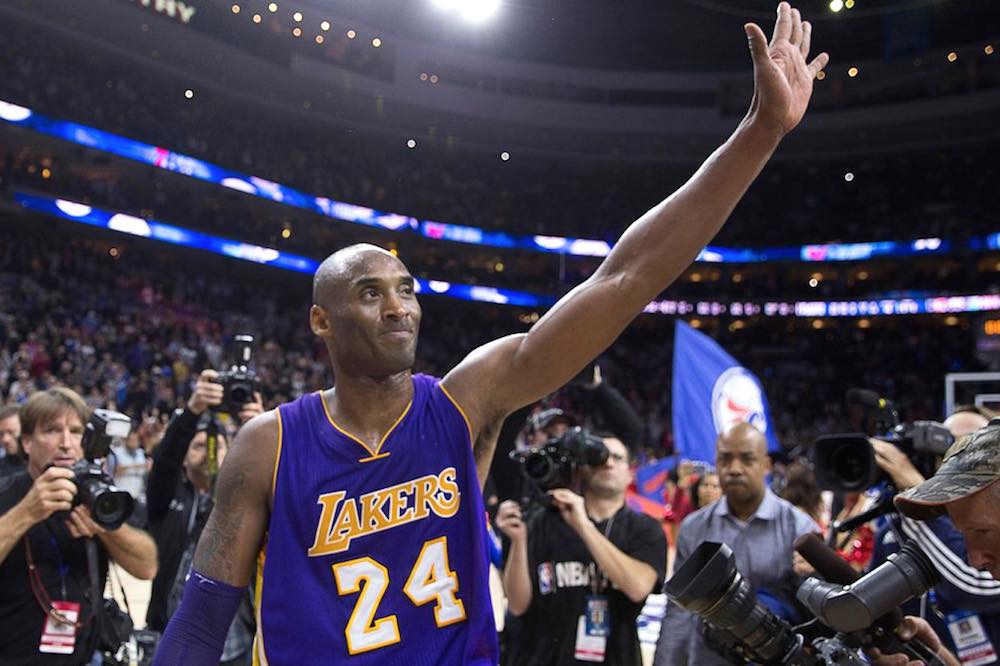 The NBA Icon Scores 60 Points In His Spectacular Final Game!

At the age of 37, after winning five championships, making 18 All-Star Game appearances, claiming his spot in history as the NBA’s No. 3 all-time scorer, and at the end of a season-long celebration, with a storybook finale, Kobe Bryant has retired.

Last night, the self-proclaimed ‘Black Mamba’ stepped onto the Staples Center court for the last time, to play the final game of his controversial and storied 20 year professional basketball career. And what an epic send off it was. So epic in fact, that when it was all over NBA legend, Hall of Famer, and all-time great Magic Johnson took to Twitter to personally describe it as “the greatest final performance that I’ve ever seen in sports!”. Magic was on hand to introduce Kobe to the Los Angeles crowd earlier in the night, calling Bryant “the greatest to wear the purple and gold”.

Despite starting off somewhat shaky, Kobe dug deep and delivered a once-in-a-lifetime show, lighting up the L.A. crowd and shaking the foundation of the Staples Center in the process. In the end, Kobe Bryant did what he’s done for the past two decades: He made history. He scored an amazing 60 points – breaking the scoring record for any NBA player in their final game – ultimately leading the Lakers to a 101-96 victory over the Utah Jazz.

Afterwards, while gold confetti and purple balloons rained down on the crowd, and as the crowd itself rained down love on the L.A. legend, Kobe had a few emotional last words:

“Man! You know, I can’t believe how fast 20 years went by. This is crazy. This is absolutely crazy. To be standing here at center court right now with you guys, my teammates behind me. I appreciate the journey we’ve been on. We’ve been through our ups and through our downs. The most important part is we all stayed together throughout.

This has been absolutely beautiful. I can’t believe this has come to an end. You guys will always be in my heart. Thank you, thank you from the bottom of my heart. God. I love you guys.”

In typical brash Kobe Bryant fashion, he closed out his final farewell with a mic drop after exclaiming