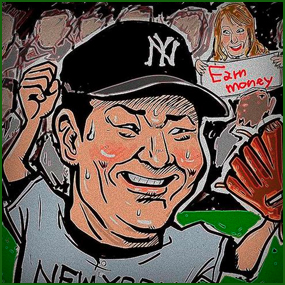 THE HEYMAN HUSTLE is updating this story for the second time, as we have received even more confirmation on our two earlier reports that the New York Yankees will indeed place pitcher Masahiro
Tanaka underwent an MRI on Tuesday, which revealed Tanaka is suffering from a Grade 1 strain of his right forearm and tendinitis of the right wrist. Yankees general manager Brian Cashman estimated that on the conservative side, Tanaka is out at least a month. The team will officially put Tanaka on the 15 day disabled list as the process of getting the player better begins. Tanaka missed two and a half months last season with a partially torn UCL in his elbow, although Cashman said the MRI showed no change in the status of that injury.

Of course, we’re HustleTweeting about Masahiro Tanaka, and you’re more than welcome to join the conversation by following The Heyman Hustle on Twitter HERE! You can also post your thoughts on our Facebook page HERE!  If you feel compelled to write us, please do so at HustleOnCrave (at) Gmail.com