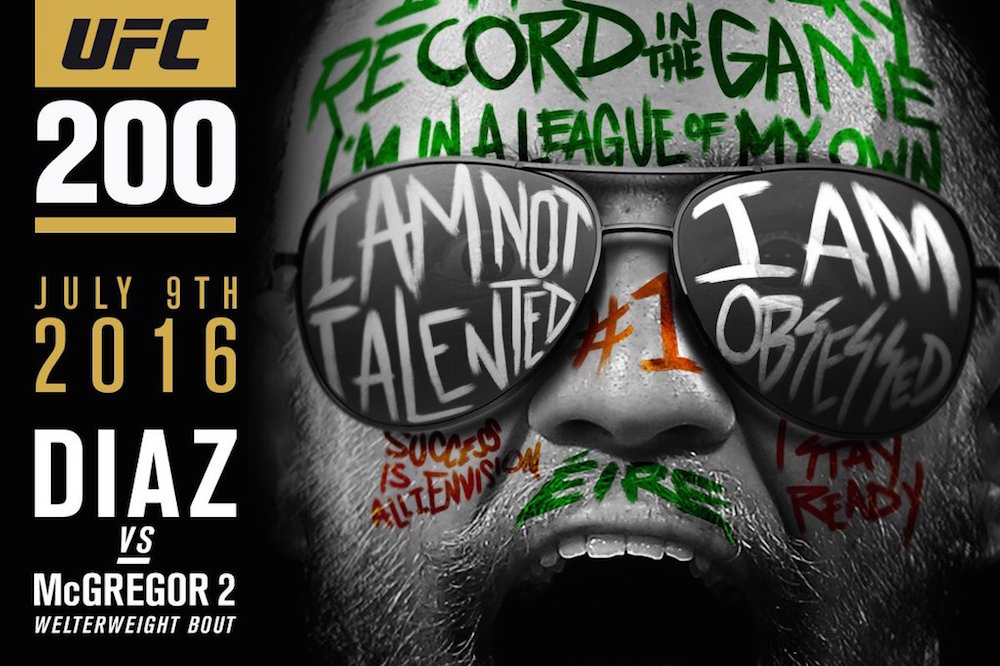 The Ultimate Fighting Championships Double Down on McGregor vs Diaz!

After weeks of rumors and speculation, it is official: Conor McGregor vs. Nate Diaz II is going down at UFC 200 on July 9th in Las Vegas.

The controversial welterweight rematch comes after McGregor and Diaz’s first meeting at UFC 196 last month, where Diaz handed McGregor his first and only loss inside the Octagon. The finish saw a bloodied and battered Diaz submit McGregor via rear naked choke at 4:12 into the second round.

Since that night, The Notorious One has been “obsessed with fighting Nate Diaz again.” per UFC President Dana White, following the UFC 200 headliner announcement, “Obviously, Lorenzo [Fertitta] and I tried to argue with him and say ‘let’s go back down to 145 and defend your title, or if you really want the Diaz fight that bad, do it at 155.’ But he wants to fight at 170. Even his coach, [John] Kavanagh tried to get him to get off this rematch and off the 170-pound fight, but it’s what he wanted. And he’s going to get it. Conor McGregor is a guy who has had fights fall out seven days before he’s supposed to defend his title, and he steps up and takes on all comers,” the UFC president told ESPN Sportscenter. “The guy fights anybody, anywhere, any time. He’s stepped up on late notice and done these things. He wants this Nate Diaz fight; we’ll give it to him.”

Following UFC 196, it initially looked as if McGregor’s next move would in fact be dropping back down to the 145 pound division and defending his Featherweight crown. As for his potential next opponent, two names stuck out: top contender/former UFC Lightweight Champ Frankie Edgar and the man that McGregor shockingly KO’d in just 13 seconds back in December at UFC 194 to claim the undisputed Featherweight Title, Jose Aldo. But with McGregor/Diaz II now official, Frankie Edgar and Jose Aldo are instead set to co-headline UFC 200, going toe-to-toe for the UFC Interim Featherweight Title, the winner to move on to an eventual Featherweight Title Unification bout with McGregor.

To a purist, two legitimate contenders fighting over an interim championship while the champion himself is chasing a non-title passion fight on the very same card has to be pretty frustrating. But in the end, the numbers don’t lie. UFC 196, with McGregor and Diaz as the main event, did a $8.1 million gate and nearly broke Pay-Per-View records. The rematch is the very definition of “best for business” 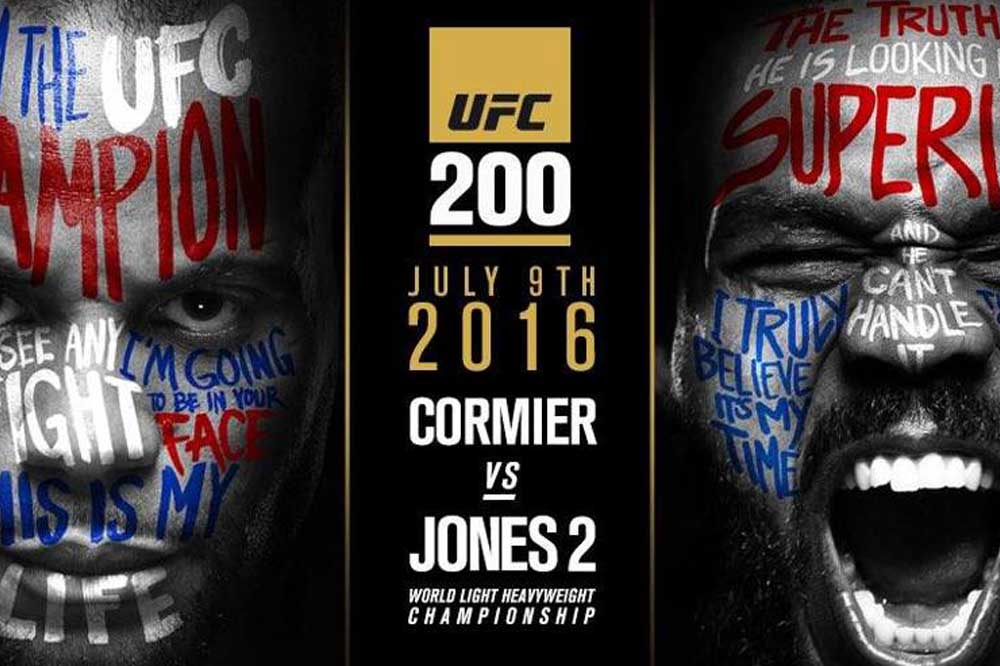