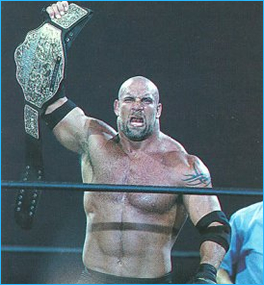 Former WWE and WCW World Champion Bill Goldberg will be taking pictures with fans as part of “The Celebrity Apprentice 3” tomorrow (Thursday) at 155 5th Avenue between 21st and 22nd Streets from 12:00 Noon to 2:00 pm Eastern Time.

We don’t know if this is “fee or free,” but Goldberg told The Heyman Hustle earlier today he will be in wrestling gear and posing with fans.

More information as it becomes available at http://www.facebook.com/pages/Heyman-Hustle/69415994887