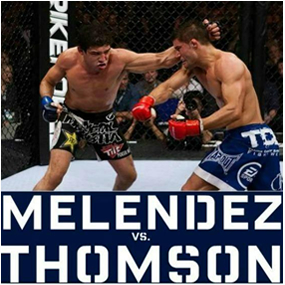 Showtime Sports has released a video hyping the May 19th Strikeforce event from the HP Pavilion in San Jose, California, featuring Lightweight Champion GILBERT “EL NINO” MELENDEZ defending his title in a Trilogy Match against Josh Thomson, and the finals of the Grand Prix Heavyweight Tournament.

Shortly before the Zuffa purchase of the promotion (but while negotiations were going on), Strikeforce announced an 8-man Grand Prix Heavyweight Tournament. The casualties started adding up. Bigfoot Silva crushed Fedor Emelianenko. Alistair Overeem won a boring fight over FABRICIO WERDUM, and then ended up dropping out of the tournament and joining Zuffa’s premier brand UFC. Alternate Daniel Cormier stepped in and destroyed Bigfoot, while Andrei Arlovski, Brett Rogers and Sergei Kharitonov all tasted defeat as Cormier and the controversial Josh Barnett made it to the finals. This will be Strikeforce’s final Heavyweight offering, as that division will now be the exclusive property of UFC.

Of course, we’re HustleTweeting about Melendez vs Thomson, and the Strikeforce Grand Prix Heavyweight Tournament Finals, so please feel welcome to join the conversation by following the Hustle on Twitter HERE or write to us directly at hustleoncrave@gmail.com  Hey, have you checked out the Hustle’s Ultra High Quality You Tube Channel, with  exclusive videos featuring BROCK LESNAR’S “HERE COMES THE PAIN”  … ICE-T AND COCO’s SEX SECRETS … THE ULTIMATE WELTERWEIGHT BAD ASS NICK DIAZ … CONTROVERSIAL TEEN SENSATION TAYLOR MOMSEN … LEGENDARY MMA PIONEER FRANK SHAMROCK … THE WALKING RIOT MISSY HYATT … if you’re not subscribing, you’re missing something … and by the ways cheapos, it’s FREE! Yes, absolutely 100 percent FREE! What are you waiting for? Check it out HERE! 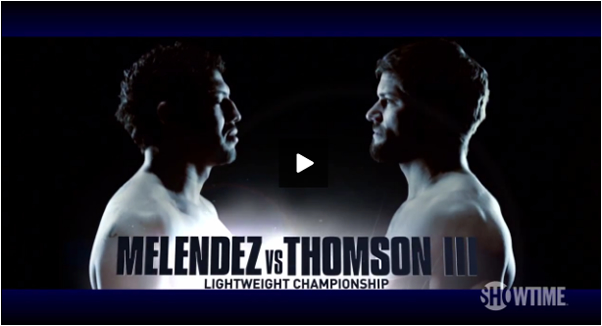