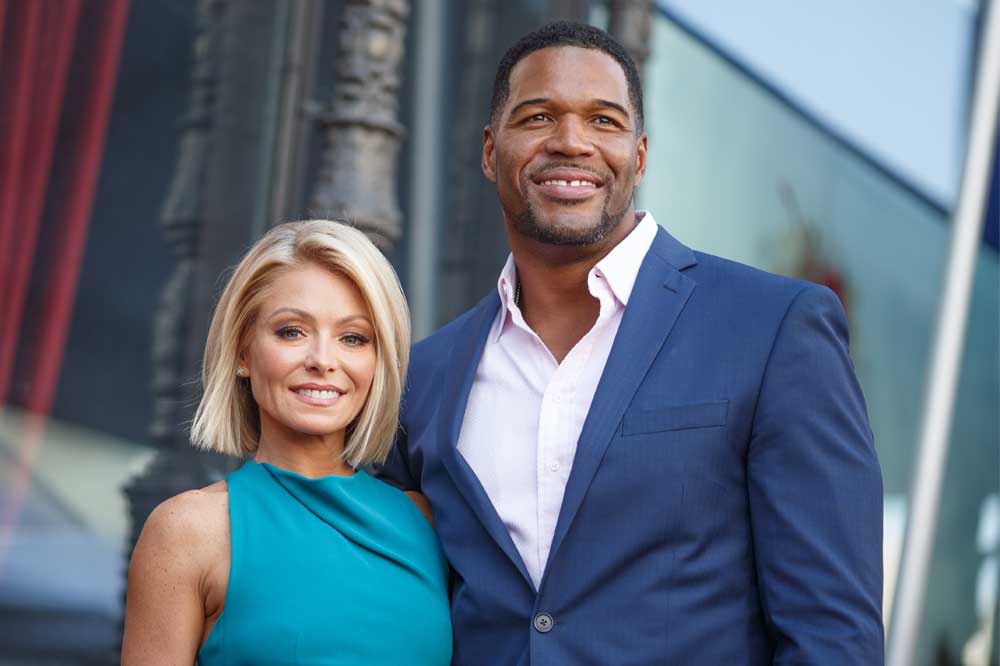 As the sports world tries to figure out THE TRUTH BEHIND CONOR McGREGOR’S ANNOUNCED RETIREMENT it has been confirmed that Michael Strahan will be leaving “Live! With Kelly and Michael” to appear full time on ABC’s “Good Morning America” starting this September.

“Michael has been a stellar addition to the broadcast. Over the past two years on ‘GMA,’ he’s proven to be a tireless and versatile broadcaster with an incredible ability to connect with people, from veterans to American pop culture icons and newsmakers,” said James Goldston, president of ABC News, in a memo to staff sent this morning. “He will end a four year run as Kelly Ripa’s co-host on‘Live!,’ where he has honed his skills as an interviewer with genuine warmth and a quick wit. At ‘GMA,’ he’ll now have even more opportunities to tell stories that inspire, inform and empower people.”

In a story just posted to Variety.com, the move was explained from a demographics perspective:

Strahan joins the “GMA” team at a critical time. In 2012, the program snatched ratings victory from NBC’s “Today” for the first time in 16 years, and moved on to become the nation’s most-watched morning program. In recent months, however, it has ceded ground to its NBC rival, which has for months won more of the viewers for which advertisers in news programming pay – people between 25 and 54. Indeed, both programs have been losing viewers in recent months. For the week ending April 8, “Good Morning America” saw its overall viewership fall by 7%, while the 25-to-54 audience fell 19%. At NBC, overall viewership for “Today” slipped 2% in the same time period.

In Strahan, ABC has an energetic and winning personality whose appeal has only grown in recent years. “Live” ranks number one among entertainment daytime talk shows among households and ties for first among women between 25 and 54. The show is second among syndicated talk shows, losing only to “Dr. Phil.” “Live” was recently renewed through 2020.

Strahan has been a twice-a-week presence on “Good Morning America” over the past two years, lending a different sort of energy to the broadcast, which has for years depended regularly on TV-news personnel ranging from Diane Sawyer and Charles Gibson to Robin Roberts, Lara Spencer and George Stephanpoulos. Strahan has delivered stories of a reunion of two Green Berets who survived a firefight in Afghanistan and a visit with Jennifer Lopez to her childhood neighborhood.

In recent weeks, “GMA” has appeared to take a newsier bent, opening not with its entire crew greeting viewers, but with a tighter focus on Roberts (news anchor Amy Robach in her absence) and Stephanpoulous. Spencer has then joined the pair after the first quarter hour. It’s a maneuver that has worked well at “Today.” Where the NBC program once emulated the old “GMA” opening – a focus on the show’s entire crew – these days the NBC morning program opens with only Matt Lauer and Savannah Guthrie at the helm. They are joined later by Natalie Morales and Al Roker. Producers made the switch to give viewers a tighter opening focused more on news.