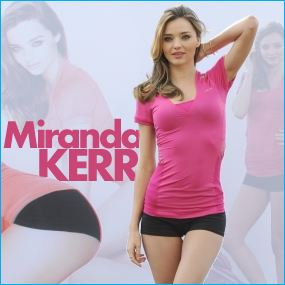 The woman our own Hustler De Tuti Hustler Paul Heyman nicknamed The Awesome Aussie shocks the world of super models by revealing what can only be described as “Victoria’s Secret’s Secret!”

Miranda Kerr has set the super model world into a feeding frenzy. Well, maybe that’s a poor choice of words. The Awesome Aussie, who has been featured in some Mommy-Licious photos HERE … HERE … and HERE has revealed a diet secret, and everyone is scrambling for information!

Miranda, who hit the catwalk for the world’s leading lingerie, swimsuit, and intimate apparel company Victoria’s Secret just weeks after giving birth to a baby fathered by actor Orlando Bloom, has revealed her diet is (drum roll please) Coconut Oil.

“I’ve been drinking (Coconut Oil) since I was 14 and it’s the one thing I can’t live without,” Miranda stated. To which we reply WTF?

After getting over our initial shock, here’s what we found out through dedicated research (aka “we had the interns look it up”) …

Coconut Oil is completely cholesterol-free and is a great source of medium chain triglycerides (MCTs) which the liver transforms directly into energy rather than fat, just like carbohydrates, and it’s believed this property of coconut oil is responsible for its reported weight loss abilities.

We found a report that claimed that the School of Dietetics and Human Nutrition in Quebec, Canada conducted research and declared eating “a diet rich in medium chain triglycerides results in a greater loss of fat…perhaps due to increased energy expenditure and fat oxidation.” The study reportedly concluded that Coconut Oil and the medium chain triglyceride content act as agents that stimulate weight loss.

“I personally take four teaspoons per day, either on my salads, in my cooking or in my cups of green tea,” Miranda claimed.

What’s your opinion? We’d love for you to join the conversation by following THE HEYMAN HUSTLE on Twitter HERE or write to us directly at hustleoncrave@gmail.com  Hey, have you checked out the Hustle’s Ultra High Quality You Tube Channel, with  exclusive videos featuring BROCK LESNAR’S “HERE COMES THE PAIN”  … ICE-T AND COCO’s SEX SECRETS … THE ULTIMATE WELTERWEIGHT BAD ASS NICK DIAZ … CONTROVERSIAL TEEN SENSATION TAYLOR MOMSEN … LEGENDARY MMA PIONEER FRANK SHAMROCK … THE WALKING RIOT MISSY HYATT … if you’re not subscribing, you’re missing something … and by the ways cheapos, it’s FREE! Yes, absolutely 100 percent FREE! What are you waiting for? Check it out HERE!

CLICK ON THE PICS BELOW TO SEE JUST HOW GOOD A JOB COCONUT OIL HAS
DONE FOR THE AWESOME AUSSIE MIRANDA KERR’S AMAZING BODY! 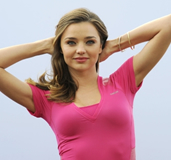