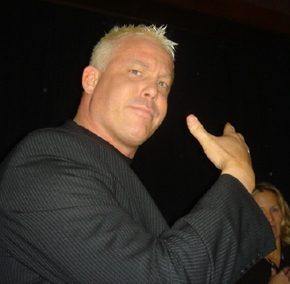 If there is a lesson to be learned by this week’s video, it lies in self evaluation.

People piss and moan, cry, and complain when things don’t go their way.   They point fingers and blame others for their shortcomings.

One of my main concerns about society today is a lack of ownership and responsibility for one’s actions, which is why attorneys everywhere are making money hand over fist.

It’s also why counselors are able to get away with making excuses for their clients because “such and such” happened when they were young so it’s okay to go around kicking people in the balls on a daily basis!

I hope you like this week’s video and understand that when you screw up, (and you inevitably will) never be afraid to realize you did so, admit it, learn from it, and move on. Oh, and if you’re me, you’ll poke fun at yourself because of it from time to time. 🙂

Example: I screwed up, I admitted it in interviews, I learned from it and now, when you see this video…….well……

Wen “Mr. Kennedy” exploded on the scene in WWE, I was given the opportunity to do media interviews all over the world which can be EXTREMELY intoxicating. You’re living out your dream, making serious money, finally achieving all your goals, and you’re getting  the chance to build on the already-intense fame by talking to the media.

“No comment” or “I do not recall” should have been in my vocabulary(Hey, it worked for Ollie North, right?) I admit that I just wasn’t media savvy enough at the time to deal with all that comes with the responsibility of talking to the press. I said some very sophomoric things and that mistake was mine and mine alone, and I have learned from it.

That mistake set in motion a chain of events that allowed my detractors, both inside the company and outside, to jump all over me. I left myself open.

I promise you, it WON’T happen again.