MVP Returning To Japan This Weekend as a Champion 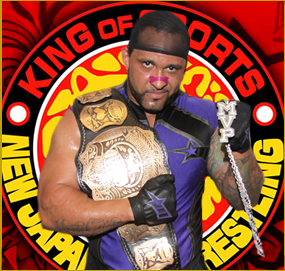 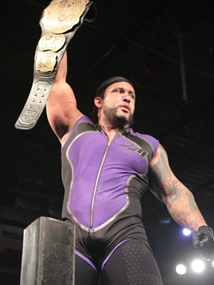 I don’t think it’s a secret that we here at LOOKING 4 LARRY (parent company of THE HEYMAN HUSTLE) are big fans of former WWE United States Heavyweight Champion MVP.

As a matter of fact, we think it’s only fitting that he no longer be labeled a “former” anything, because what he’s got going on right now is pretty damn special.

MVP scored the historic victory for the championship by defeating Toru Yano with the Take it To The Bank in 9:27 at the palace of hardcore that sits on the corner of Swanson and Ritner in South Philadelphia, Pennsylvania that was once universally known as The ECW Arena.

This weekend, MVP hits Japan for the 1st time as IWGP Intercontinental Heavyweight Champion, defending his championship for the first time against Yano in a high-anticipated reamtch, and the former WWE US Heav  proud title holder couldn’t be happier.

“I have never in my life been the type to give things away. Sorry, just not my style,” MVP said during an exclusive conversation with the Hustle just minutes ago as he heads to the airport for his 6am flight overseas, “I have always dreamed of being an IWGP Champion. Everyone who knows me knows of my love for the Japanese culture, and my desire to represent in The Land of The Rising Sun. Well, now that I am the IWGP Intercontinental Heavyweight Champion, I’m not flying First Class all the way to Osaka, Japan to give this title to anyone. I’m going over to Osaka, in style I might add, to demonstrate the fact I’m going to be a champion everyone can be proud of. That won’t happen by giving, that will happen by taking. Sorry, Yano, but I’m living out my dreams, and because I am giving the people of Japan a chance to see a Ballin’ champion in action, I’m taking this title home with me when I get on the plane back to the United States!”

Of course, we’re HustleTweeting about MVP in Japan, and you’re more than welcome to join us by following the Hustle on Twitter HERE or write to us at hustleoncrave@gmail.com

CLICK ON THE PICS BELOW TO SEE THE ENTIRE GALLERY OF EXCLUSIVE
PHOTOS TAKEN BY FAMED WRESTLING PHOTOGRAPHER GEORGE TAHINOS
OF MVP’S HISTORIC VICTORY FOR THE IWGP IC TITLE IN THE OLD ECW ARENA! 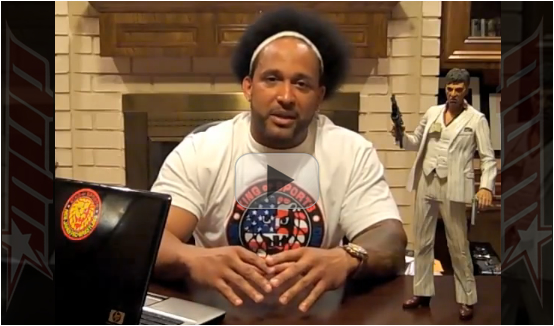