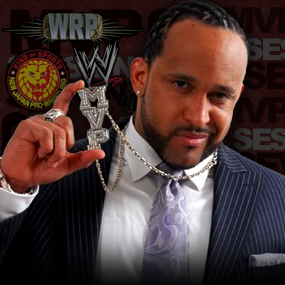 The IWGP Intercontinental Heavyweight Champion Updates His Fans on a Plethora of Subjects For Labor Day Weekend!

New Japan’s top American-based pro wrestling star, IWGP Intercontinental Heavyweight Champion MVP has posted a brand new video on THE OFFICIAL MVP YouTube CHANNEL, in which the Ballin’ Superstar From The 305 expresses his opinions on WWE, his new character in the United States, and what other promotions interest him … and don’t.

In regards to WWE, the former United States Heavyweight Champion stated, “I left on good terms … the door’s open for me to return if I like, but right now … I’m very, very happy in New Japan … It was time for me to go … I wasn’t very happy. It’s kind of like a girlfriend you’ve been with for a while. You’re crazy with her at first, but then you kind of drift apart. As I said, the door’s not closed, and who knows, maybe one day MVP can make a return to WWE.”

Don’t forget to check out www.mvp305.com, and your free download of his 1st hip hop release “Holla To The World” HERE!

Of course, we’re HustleTweeting about MVP, and you’re more than welcome to join the conversation by following the Hustle on Twitter HERE or write to us directly at hustleoncrave@gmail.com 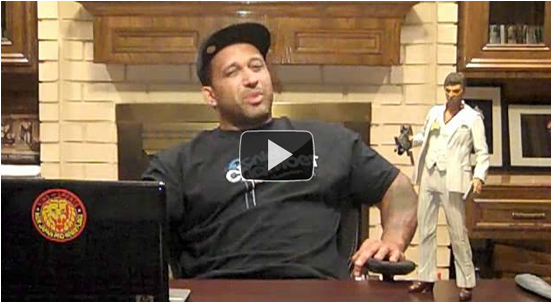