Netflix Presents the Final Trailer for The Irishman 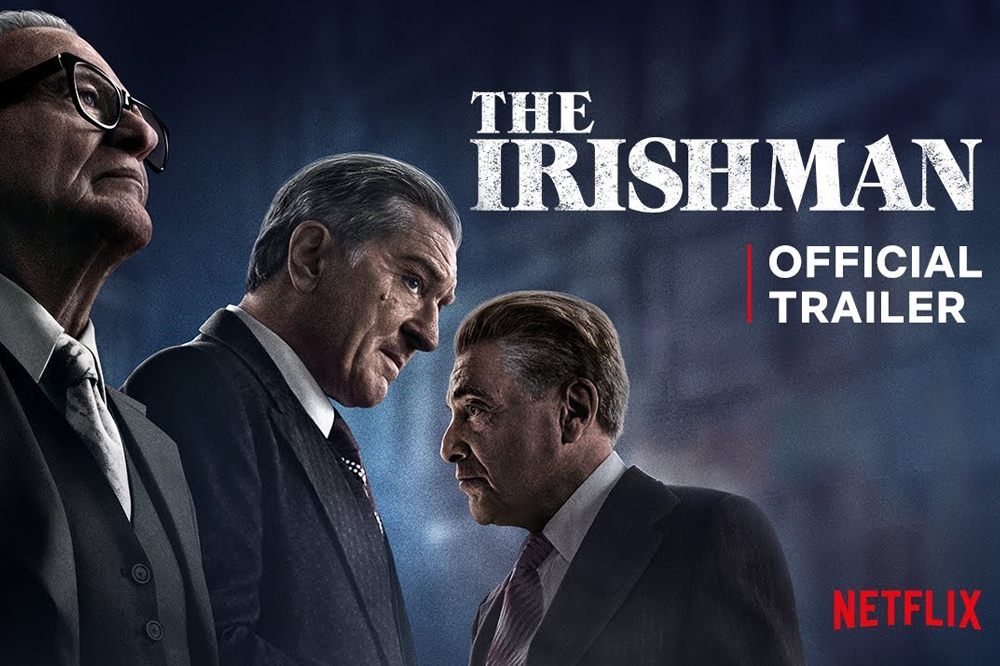 Here it is. At last, the wait is over. We are ready for the release of Martin Scorsese’s mob epic The Irishman. As the movie is set to premiere on November 27, Netflix has released the final trailer promoting the film. The Irishman stars Robert De Niro as hitman Frank Sheeran, who gets caught between the interests of union chief Jimmy Hoffa (Al Pacino) and mob boss Russell Bufalino (Joe Pesci). Harvey Keitel, Anna Paquin and Jesse Plemons also feature.

We’re HustleTweeting about The Irishman, and you’re welcome to join the conversation on the Hustle Twitter HERE and also on our hyper-interactive Facebook page HERE!