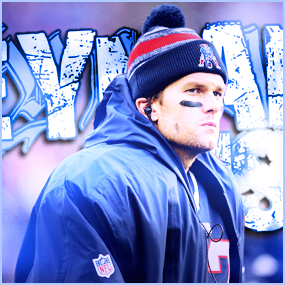 The National Football League has come down hard on the New England Patriots and quarterback Tom Brady. suspending Brady for four games, while the Patriots lose their 1st-round pick in 2016 and their fourth-round pick in 2017. The team was also fined $1 million.

The harsh punishment comes in the wake of the Deflate-Gate scandal that made waves beginning just before Super Bowl XLIX between the Patriots and Seattle Seahawks, alleging that the Patriots were purposefully deflating game footballs.The NFL also indefinitely suspended the two Patriots equipment staffers who carried out the plan, including one who called himself “The Deflator.” The NFL cited the integrity of the game in handing down the punishment five days after a report said Brady “was at least generally aware” of plans by two Patriots employees to prepare the balls to his liking, below the league-mandated minimum of 12.5 pounds per square inch. Much more on this developing story as it unfolds.

Of course, we’re HustleTweeting about Tom Brady, and you’re more than welcome to join the conversation by following The Heyman Hustle on Twitter HERE! You can also post your thoughts on our Facebook page HERE!  If you feel compelled to write us, please do so at HustleOnCrave (at) Gmail.com