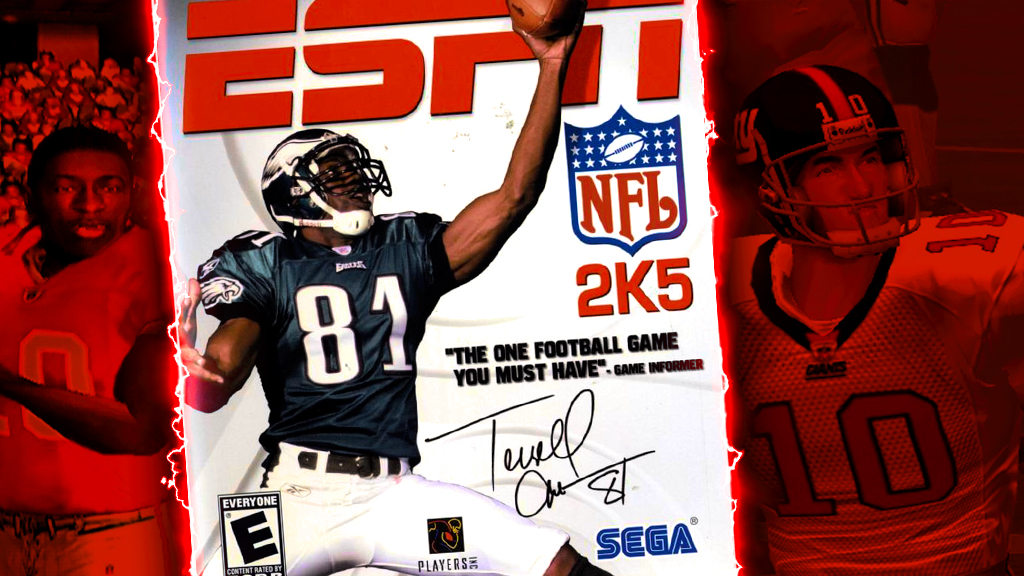 This summer marks the 18th anniversary of what some call the “greatest sports video game of all time;” ESPN NFL 2K5. This was not 2K Studio’s first NFL game, but it was definitely their best, and unfortunately their last. This game is beloved by fans all over the world due to the attention to detail and focus on authenticity.

ESPN NFL 2K5 was released for the PlayStation 2 and Xbox on July 20, 2004 with the shocking retail price of just $19.99. Not only was this a full month before the release of their main competitor, EA Sports’ Madden 2005, but it was also $30 cheaper. One EA employee was quoted as saying “that scared the hell out of us”.

So why is this game so special? In short, EVERYTHING. 2K5 offered the most immersive simulation of any football game before and since its release. The presentation utilized 2K’s partnership with ESPN to make the game feel authentic. There are familiar visuals and sounds of a SportsCenter broadcast and even a highly detailed half-time show and weekly roundup hosted by Chris Berman. Player animations were created using motion capture technology from real NFL players, something EA Sports still doesn’t do 20 years later. 2K5 even included a groundbreaking first-person mode, something never done before in a football game. This mode literally put the user in the uniform and allowed us fans to see how difficult and scary being an NFL player can be.

The Franchise Mode allowed gamers to create their own dynasties while having total control over your team. You can pay players to come out of retirement, re-align conferences, perform trades, fire incompetent owners, and schedule off-field activities to improve your players. In between game days and practices you can hang out in your “Crib” where you can earn trophies and more unlockables by completing challenges. You can even unlock playable air hockey and pool tables and collect/display sports memorabilia. 25th Anniversary Mode allows players to relive classic NFL moments while acquiring an education and appreciation of the NFL’s history.

ESPN NFL 2K5 is still compared to each year’s release of Madden. While Madden is a great game, fans of 2k5 are still waiting for an authentic, fun, immersive football experience like they got in the summer of 2004. NFL 2K5 outsold Madden 2005 on the Xbox 938,203 units to 773, 881. It put up a fight on the PlayStation 2 as well as selling an admirable 1,250,661 units to Madden’s 1,914,346. In 2014, Owen S. Good of Polygon wrote that NFL2K5 was “sports video gaming’s King Arthur, eternally populist, noble and heroic, champion of an age long ago enough to make its triumph soar and its shortcomings recede to nothingness.”

ESPN NFL 2K5 is not just a great sports game, but one of the most groundbreaking and best video games of all time. In 2011, Bleacher Report ranked NFL 2K5 the 44th greatest video game of all time. Time Magazine has ranked it at 41.

EA Sports acquired the exclusive video game rights to the NFL in 2004, sealing the fate of our beloved NFL 2K franchise. In December 2010, a class action anti-trust lawsuit was filed against Electronic Arts for anti-competitive practices. EA settled the suit and paid $27 million. In May of 2020, EA Sports and the NFL agreed to extend their exclusive contract through 2026. Maybe one day in the near future we will see another NFL 2K game. For now, it’s time to bust out my PlayStation 2.

We’re HustleTweeting about “The Greatest Football Game Ever,” and you’re more than welcome to join the conversation on the Hustle Twitter HERE … on our ridiculously sensational Instagram HERE … or on our Facebook page HERE!