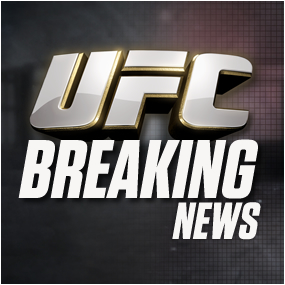 Nick Diaz has arrived in Las Vegas, ending a stressful number of hours for UFC officials who were left to answer the media as to why the controversial fighter had not yet traveled to the gambling mecca for this Saturday night’s main event at UFC 183 against Anderson “The Spider” Silva.

Diaz missed several scheduled flights, with the UFC film crews on hand to document his travel to Vegas, and elected to skip his scheduled open workouts to promote his fight against Silva. UFC President Dana White told Jim Rome that Nick was just being Nick. According to Dana, “We don’t know where Nick is. I literally Instagram’ed a picture of him on a milk carton today. He’s M.I.A…. First of all, we have a show called UFC Embedded, they showed up there Sunday to start filming him … couldn’t find him. We went through his management team and they set it up, they said ‘what we’ll do is we’ll set up a team dinner, you guys can film at the team dinner’ … None of them showed up at the team dinner, then nobody answered their phones when the guys started calling. So then yesterday Nick was supposed to land in Las Vegas at 2:20. He missed his flight. His management team called and said, ‘book him another flight at 7:30.’ Not only did he miss the first one, he missed the second flight. His bags made it to Vegas and he never did.”

“There’s a lot of things he doesn’t show up for, but he always shows up for the fights, so I’m counting on him showing up,” Dana stated. “I did it to myself again. I made a fight with Nick Diaz, a big main event fight. You know, when you get him in the office and you sit down, and he’s like, ‘Well, you know, I feel like I haven’t been paid right. Pay me right.’ He’s being paid right for this fight. It doesn’t matter how much you pay him, he’s not going to… I did it to myself, so I can’t sit here and cry about Nick Diaz. It’s Nick being Nick.”

According to Dana’s Twitter, Diaz is now in Las Vegas. The countdown continues …

Of course, we’re HustleTweeting about Nick Diaz vs Anderson Silva, and you’re more than welcome to join the conversation by following the Hustle on Twitter HERE or write to us directly at hustleoncrave@gmail.com Hey, have you checked out the Hustle’s Ultra High Quality You Tube Channel, with exclusive videos featuring OUR WORLD EXCLUSIVE WITH MIKE TYSON … BROCK LESNAR’S “HERE COMES THE PAIN” … ICE-T AND COCO’s SEX SECRETS … MMA BAD BOY NICK DIAZ … the list goes on and on, so if you’re not subscribing, you’re missing something … and by the ways cheapos, it’s FREE! Yes, absolutely 100 percent FREE! What are you waiting for? Check it out HERE!