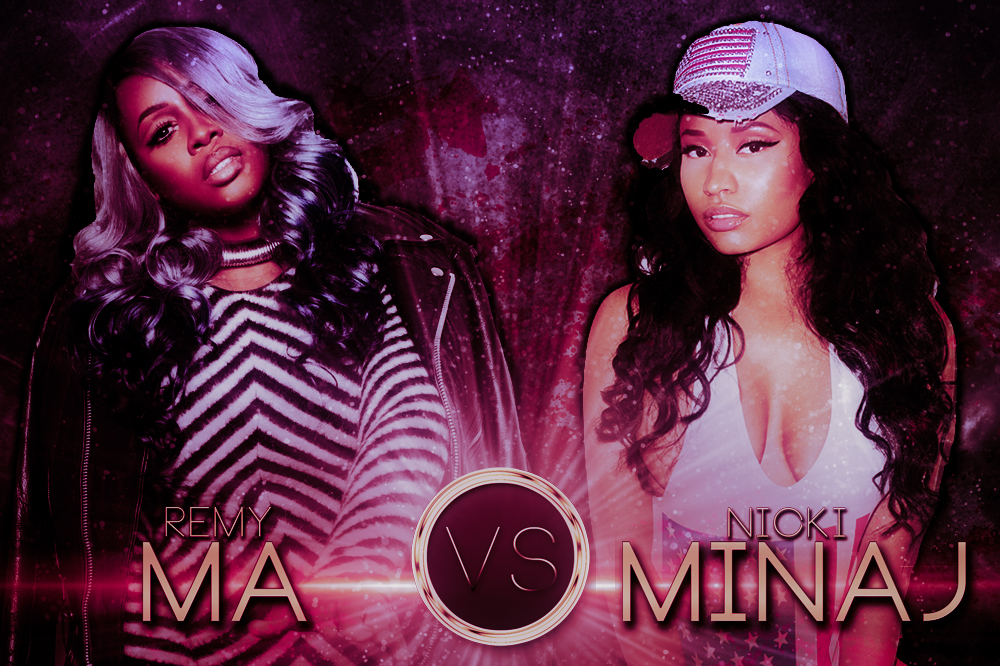 “Diss records can’t be lies. Great diss records are FACTS,” read a screenshot Nicki posted on Instagram. “But here @ Young Money, we don’t do diss records, we drop HIT RECORDS & diss u ON them.” She also noted that she had more tracks in the stash: “I got a bunch more on cock. Pauz. The greats took 3 months to respond to diss records. Queens don’t move on peasant time.”

Minaj then offered the Bronx MC half a million dollars if she could accomplish the following: 1) drop a hit within 72 hours and 2) book a show and interview without referencing her “shETHER” target.

“Now I got a countdown of my own for Shenehneh. U got 72 hours to drop a hit and I’ll give you half a million dollars if u can book ANY show or interview w/o mentioning the Queen name.”

On “No Frauds,” the Queens rapper (oh, these borough rivalries!) refutes Remy Ma claims that she signed a 360 deal through Republic Records, Cash Money and Young Money, and references Remy’s husband, rapper Papoose, and son.

Flipping to the topic of her upcoming fourth album, Minaj promises in her note that the project is “nothing but waves.”

In a separate Instagram post, she offered an empowering message to her fans about relationships in support of her other release, the heartbreak song “Regret In Your Tears.”

“When a man loses us, he loses so much more,” she typed. “Love YOURSELF! You’re worth being treated like the QUEEN u are. Never forget that. They gotta APPRECIATE your magic. Or get the steppin.”

We’re HustleTweeting about the Hip Hop Wars of 2017, and you’re more than welcome to join the conversation by following the Hustle Twitter HERE and also liking our hyper-interactive Facebook page HERE!