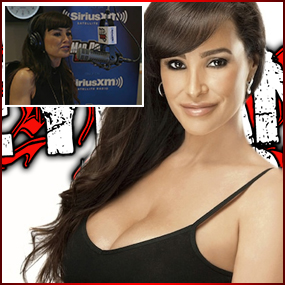 Lisa Ann continues to dominate the Fantasy Sports World, becoming every bit the Queen of ’em All in her new multiverse as she was in her previous career. Yes, Ladies and Gentlemen, the shy lil’ girl from Easton, Pennsylvania, whose amazing photo shoots can be seen HERE … HERE … and HERE …. has double-downed on FOX SPORTS’ FANTASTIC LOOK AT LISA ANN and seduced the entire staff of ABC’s Nightline. According to ABC.com:

You may or may not recognize her in work from her first career, but Lisa Ann is now making a name for herself in the world of fantasy football.

“So, Monday nights, my show is ‘Lisa Ann Does Fantasy’ with my co-host Adam Ronis. And on Thursday mornings, I do a fun show called ‘The Morning Men,’ and they’re not changing the name even though there’s a woman involved,” Lisa Ann told ABC News’ “Nightline.”

“It was real. Every performer I had sex with, I wanted to have sex with,” Lisa Ann said. “I admit that I had so much fun shooting [‘Who’s Nailin’ Paylin?’]. I rode that wave from 2008 until 2014. I worked myself to the bone because I knew I could ring that dry.”

Since leaving the adult film industry, Lisa Ann has become a public face of a movement, breaking down barriers in fantasy sports. Women are now one-third of all fantasy football managers, up a staggering 20 percent from just last year, according to the Fantasy Sports Trade Association.

But Lisa Ann’s past career might have actually helped her land her new career. She started with a radio show interviewing strippers before seguing into fantasy sports, where she is getting used to a different workplace environment.

“Here’s the thing: I’ve had to be naked so much of my life that you have to understand how happy I am to get to wear clothes,” Lisa Ann said. “I’m no longer being put in pink, fishnet stockings. I mean, I am absolutely thrilled.”

Growing up in a small town in Pennsylvania, sports were her first passion in life, Lisa Ann said. Her parents split up when she was young, and the good times spent with her family revolved around sports.

“My mom would take us to basketball games. We would watch football games with my dad. Sports were always where we came together and everything was great, so that kind of carried with me,” said Lisa Ann.

“And then I went out as a feature dancer on the road, and by 20 years old, I was traveling alone. And sports became something that kept me company. When I would come home from a gig, I could go and check who won tonight,” she added.

These days, Lisa Ann’s new career has her splitting time between Los Angeles and New York and living the single life. Her book “The Life” will be released on Dec. 15.

“It’s a totally different sport than when I’m on set. It’s a different sexual experience, just a private moment that nobody else knows about between just us,” said Lisa Ann. “No one’s taking a picture of it, and it’s so much more beautiful alone.”

Of course, we’re HustleTweeting about Lisa Ann, and you’re more than welcome to join the conversation by following the Hustle on Twitter HERE or write to us directly at hustleoncrave@gmail.com Hey, have you checked out the Hustle’s Ultra High Quality YouTube Channel, with exclusive videos featuring the #HUSTLEBOOTYTEMPTATS SUPERMODEL OF THE YEAR … OUR WORLD EXCLUSIVE WITH MIKE TYSON … BROCK LESNAR’S “HERE COMES THE PAIN” … ICE-T AND COCO’s SEX SECRETS … MMA BAD BOY NICK DIAZ … the list goes on and on, so if you’re not subscribing, you’re missing something … and by the ways cheapos, it’s FREE! Yes, absolutely 100 percent FREE! What are you waiting for? Check it out HERE! 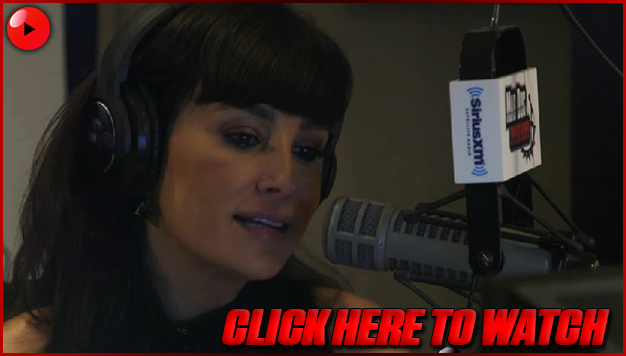 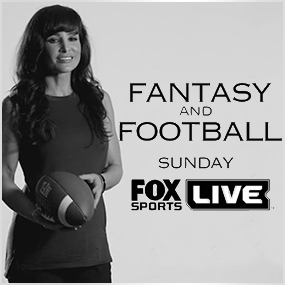 The Mainstreaming of Lisa Ann

Fox Sports 1 Fantasizes About The World’s Most Famous Former Adult Superstar! When our friend Lisa Ann retired from the adult industry, many thought...

HUSTLE EXCLUSIVE! When LISA ANN AGREED TO APPEAR ON “THE HEYMAN HUSTLE” JUST STANDING BEHIND #1 HIP HOP ARTIST WALE we knew the open-bloused...