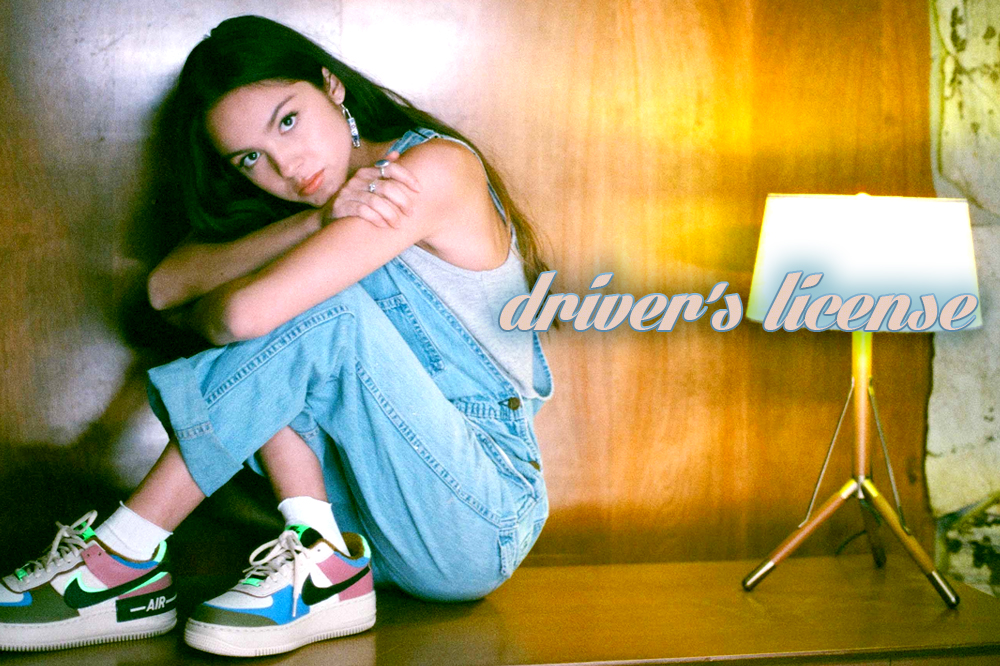 The single, released January 8tb, marks the 17-year-old’s first Hot 100 No. 1, following its first week of availability. The singer-songwriter and actress initially broke through with roles on Disney Channel’s Bizaardvark in 2016 and Disney+’s High School Musical: The Musical: The Series in 2019. Her background helped spark the high profile of Drivers License, which has also been buoyed by scrutiny about its lyrics, the song’s TikTok presence and a co-sign from Taylor Swift, among others.

Here are a bunch of amazing stats, courtesy of Billboard:

The track debuts at No. 1 on both the all-genre Streaming Songs and Digital Song Sales charts, marking Rodrigo’s first leader on each list, while entering the Pop Airplay (No. 31) and Adult Pop Airplay (No. 37) radio rankings.

… though it’s Rodrigo’s 2nd Hot 100 hit: Before “Drivers License,” Rodrigo charted one Hot 100 entry: “All I Want” (her metaphorical chart learner’s permit) spent two weeks on the tally, peaking at No. 90, where it debuted, in January 2020. “Want” is from High School Musical: The Musical: The Series (Music From the Disney+ Original Series); “Drivers License” is so far a stand-alone single, with Rodrigo’s debut EP expected this year.

Of the 48 singles to debut at No. 1 on the Hot 100, most have been, unsurprisingly, by established acts. Just seven have belonged to rising artists with less or comparable chart history at the time of their entrances than Rodrigo. Lauryn Hill launched with “Doo Wop (That Thing)” in 1998, marking her first solo Hot 100 entry, after the Fugees had made three appearances in 1994-97 with her as a member. Clay Aiken (2003), Fantasia (2004) and Carrie Underwood (2005) all premiered at No. 1 with their first solo Hot 100 hits, their respective American Idol coronation singles “This Is the Night,” “I Believe” and “Inside Your Heaven.” In 2006, Taylor Hicks’ “Do I Make You Proud” opened at No. 1 after he won that season of Idol, although he charted one No. 69-peaking entry three weeks earlier.

Since then, Baauer’s “Harlem Shake” started atop the Hot 100 in 2013, concurrent with a methodology change that added YouTube data to the chart’s formula, while Zayn’s first solo entry after he departed One Direction, “Pillowtalk,” soared in at No. 1 in 2016.

At 17 years and 11 months old, Rodrigo is the youngest artist at the time of topping the Hot 100 since Billie Eilish, who was 17 years, eight months and one week old when she led with “Bad Guy” in August 2019.

Geffen, Interscope in charge: The Geffen label ranks atop the Hot 100 for the first time since Nelly Furtado’s “Say It Right” led the list dated Feb. 24, 2007. Before that, Furtado and Geffen spent six weeks at No. 1 in 2006 with “Promiscuous,” featuring Timbaland.

“License” has appeared in one prior Hot 100 song title (although via the word’s British English spelling): Billy Ocean’s “Licence to Chill” (No. 32, 1989). (A year earlier, Ocean topped the Hot 100 with his own hit about driving: “Get Outta My Dreams, Get Into My Car.”)

We’re HustleTweeting about Drivers License, and you’re more than welcome to join the conversation on the Hustle Twitter HERE … on our ridiculously sensational Instagram HERE … or on our Facebook page HERE!